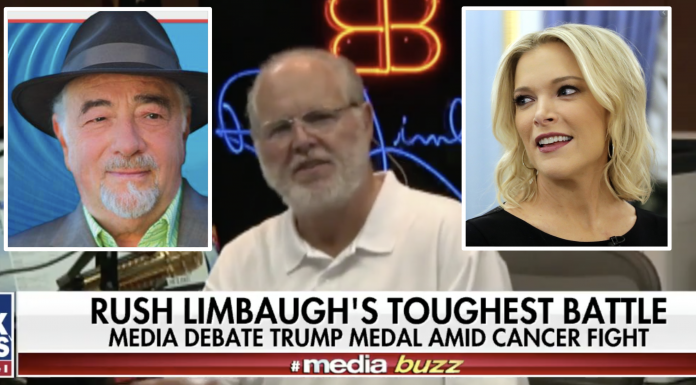 “I think I speak for, oh, pretty much everyone when I say STFU you absolute d—–bag.” Megyn Kelly to Michael Savage

“Limbaugh’s crying about his cancer on air! Worst 15 minutes in radio history!

“Spilled a large coffee all over counter and floor. I PROMISE MY AUDIENCE THIS- I WILL NOT DRAG YOU DOWN WITH ME! Best wishes RUSH, but stop and leave the stage with dignity.”

Limbaugh announced in February that he was diagnosed with advanced lung cancer.

On Monday, he provided his listeners with a somber update on his condition after recent scans showed “some progression of cancer,” which he said was “not dramatic” but still a step in the wrong direction. Limbaugh said:

“From the moment you get the diagnosis, there’s a part of you every day, OK, that’s it, life’s over, you just don’t know when. So, during the period of time after the diagnosis, you do what you can to prolong life … ”