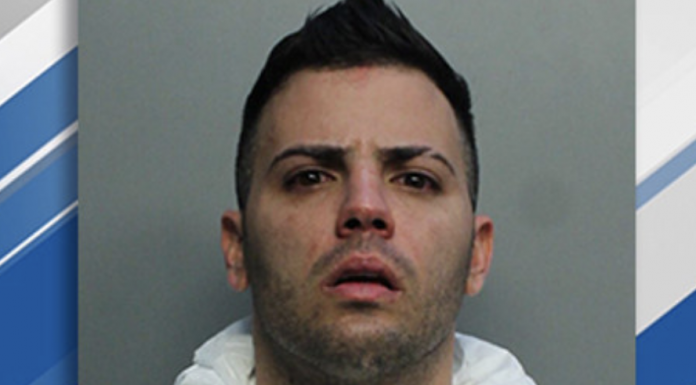 NORTH MIAMI BEACH, Fla. (CBS12) — A man told police he just lost it when he shot his mother to death during an argument in North Miami Beach.

According to police, Luis Martin Pages, 29, called 911 on Sunday afternoon to say he killed his mother.

Pages told police they had an argument after he asked to borrow her car to look for a job. He said she told him “no” since it’s Labor Day and everything would be closed. He then grabbed a jar of orange juice out of the refrigerator.

He said she took it from him and threw it out.

According to the arrest report, the argument escalated to the point where Pages pulled a gun out of his pocket and shot his mother.

He told police he didn’t know how many times he shot her, but that he fired all the bullets, and normally kept six bullets in the gun.

Police said Pages then tried to shoot himself but realized his gun was empty, according to the report. Source [Fair Use.]

ALSO ON HEADLINE HEALTH TODAY: Don’t Fall For COVID Scams | Vaccine Key To WH Race | How Covid-19 Made This Governor The USA’s Most Powerful

5 Foods Never To Mix With Medications

WEBMD – You may know that some medicines don’t work well together. But what you eat and drink can have an effect on some...
Read more
FEATURED

FOOD SAFETY NEWS As part of its enforcement activities, the Food and Drug Administration sends warning letters to entities under its jurisdiction. Some letters...
Read more

KAISER HEALTH NEWS – President Joe Biden’s failure to name someone to lead the Food and Drug Administration, more than 10 months after the...
- Advertisement -