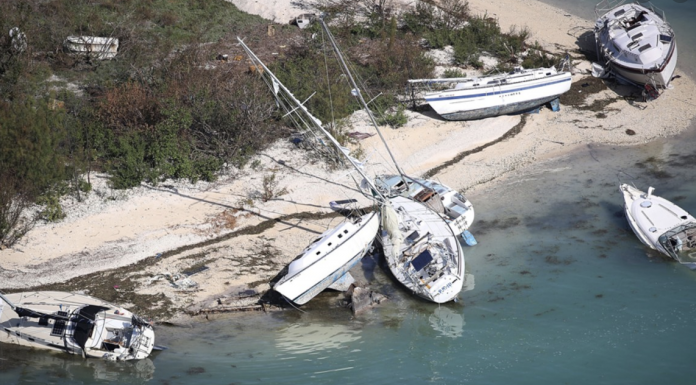 “We could be looking at two landfalls in a matter of just a day or two of each other at the beginning to middle part of next week.” – CNN Meteorologist Jennifer Gray

CNN – Two tropical systems expected to reach the Gulf of Mexico by early next week could simultaneously become hurricanes in an unprecedented event.

Meteorologists say residents from Texas to Florida need to prepare for Tropical Storm Laura and Tropical Depression Fourteen, as they could impact the region in the coming days.

The storms haven’t yet entered the Gulf of Mexico but could intensify rapidly when they do. As of Friday evening, Grays says, there’s still a lot of uncertainty.

Forecasters say it’s hard to anticipate what the impact will be of having two systems in the Gulf of Mexico, but an unusual weather phenomenon known as the “Fujiwhara effect” could take place if the two systems are within roughly 900 miles of each other.

The Fujiwhara effect happens when two tropical systems come close together to influence each other’s movements and engage in dance around their common center, according to the National Weather Service.

Nothing is certain, but one of the outcomes could be that the two systems will then form a single massive storm, spin together as one, and then continue on their own paths, or “if one hurricane is a lot stronger than the other, the smaller one will orbit it and eventually come crashing into its vortex to be absorbed,” the NWS said.

“Essentially everything from Texas to Florida is an option”

Tropical Storm Laura is about 40 miles east of Antigua and it’s moving west at 17 mph, the NWS said.

Monroe County in the Florida Keys on Friday declared a state of emergency. The county has ordered a mandatory evacuation for people who live on boats … Read more.