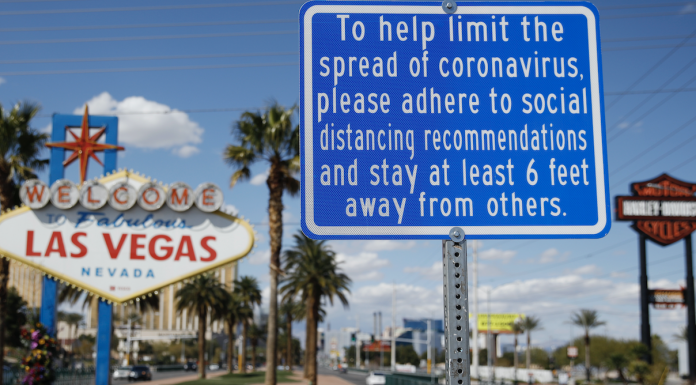 Washington Post – Public health experts are reevaluating guidelines for safe social distancing amid growing evidence that the novel coronavirus can travel farther than six feet under some conditions.

A team of infectious-disease experts argues in a new analysis, published this week in the journal BMJ, that six-feet protocols are too rigid and are based on outmoded science and observations of different viruses.

Other researchers say six feet is a start — but only a start — warning that more space is almost always better, especially in poorly ventilated areas indoors.

Factors such air circulation, ventilation, exposure time, crowd density, whether people are wearing face masks, and whether they are silent, speaking, shouting or singing should be part of assessing whether six feet is sufficient, experts say.

“I think six feet is a fine number, but we need to convey that this is a starting point,” said Linsey Marr, a Virginia Tech civil and environmental engineering professor who has studied airborne viruses and was not involved with the BMJ report. “Beyond six feet doesn’t mean there’s zero risk.”

WHAT ELSE DOESN’T WORK? MASKS

The conventional wisdom behind six-foot separations originated from research by a German biologist, Carl Flügge, who in the late 1800s suggested that was as far as microbe-containing droplets could travel.

His hypothesis missed farther-flung particles invisible to the naked eye — in particular, the tiny gobs of bodily fluid and virus that float on the air as aerosols.

If the novel coronavirus can float in the air as a vapor, earlier assumptions of its range are inadequate.

Airborne transmission is still not conclusively proved, but a growing number of experts see persuasive evidence in super-spreading events that have transmitted the virus to people scores of feet away from the infection source.

“Distance alone will never solve the aerosol problem. If you are in the same room, you can get infected,” said University of Colorado aerosol expert Jose-Luis Jimenez.

The infection reached a person 45 feet away at a March choir practice in Washington state, where a singer spread the coronavirus to 52 people.

“Outdoors, distanced and with well-fitted masks,” Jimenez said, “is the only thing close to a silver bullet … ” Read more.

IN CASE YOU MISSED IT:

“Why Face Masks DON’T Work, According To SCIENCE”