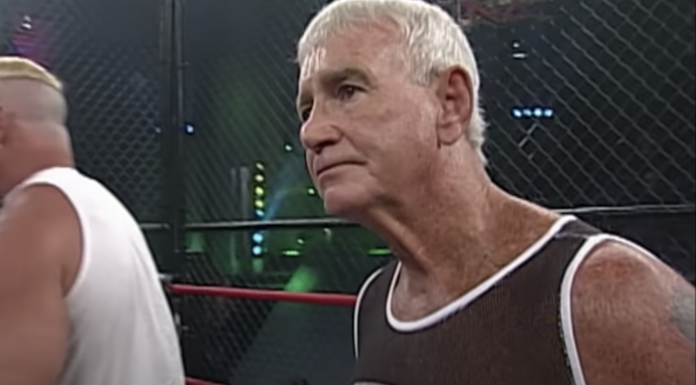 ProWrestling.com  – Unfortunately, it has today been confirmed that WWE Hall Of Famer ‘Bullet’ Bob Armstrong has passed away at the age of 80.

The news was confirmed by both his family and WWE, with the wrestling legend passing away after a bout with bone cancer. It was revealed in March that Bob had bone cancer in his ribs, shoulder, and prostate and made the decision to not have any treatment.

His career was then honored by WWE when he was inducted into the WWE Hall Of Fame, as a member of the 2011 class.

Of course, it wasn’t just with his own work that he made an impact to the business, as all four of his sons (Scott, Brad, Steve, and Brian) all also went on to be involved in the industry, continuing the Armstrong legacy.

WWE is saddened to learn that “Bullet” Bob Armstrong, a WWE Hall of Famer and patriarch of the legendary Armstrong wrestling family, has passed away at age 80.

Equal parts strongman and showman, Armstrong, who was born Joseph James in Marietta, Ga., on Oct. 3, 1939, proved himself as one of the most tenacious grapplers on the planet during the territorial days of sports-entertainment. He secured his toughman reputation long before he ever set foot in the ring, thanks to his tour of duty in the U.S. Marine Corps and his seven-year tenure as a member of the Fair Oaks (later Cobb County) Fire Department.

Armstrong, however, didn’t rest on his laurels when he was between the ropes. He handled himself well in the rough-and-tumble southeastern territories by employing an assortment of holds and moves, including his feared sleeper and Georgia Jawbreaker. He also possessed the gift of grappling gab, giving him the uncanny ability to wear down a rival with his words as well as with his strength.

His chosen trade later became a family business, as Armstrong’s four sons — Joseph, aka Scott Armstrong, Brad, Steve and Brian, aka WWE Hall of Famer “Road Dogg” Jesse James — followed in their father’s footsteps. The Armstrong boys often found themselves in their dad’s corner, as “Bullet” Bob partnered with each of his sons at various points in a competitive career which spanned over six decades.

For his part, Armstrong often credited his beloved wife, Gail, as the secret to his success. Upon being inducted into the WWE Hall of Fame in 2011, the self-proclaimed “ol’ war horse” also made the case that his many triumphs likely benefited from divine intervention, too.

“I think somebody up there likes me,” Armstrong said during his 2011 WWE Hall of Fame induction speech. “I got to live my dream.”

WWE extends its condolences to Armstrong’s family, friends and fans

The wrestling world has reacted to the news, with many legends sharing their thoughts and condolences at this difficult time … Read more.

Freak gym accident; “his nose was torn entirely off”

While bench pressing a dumbbell weighing upwards of 180 lb (82 kg) in a gym in Georgia, the bench that Armstrong was lying upon broke, leading to the weight falling on his face.

Armstrong’s face was severely damaged and his nose was torn entirely off, and he required $38,000 USD worth of plastic surgery to repair it.

While undergoing surgery, Armstrong donned a wrestling mask to conceal his disfigured features and began using the ring name “The Bullet”.

As “The Bullet”, Armstrong feuded with the Stud Stable in Continental Championship Wrestling. He eventually discarded the mask after his surgeries were complete, but retained the nickname “Bullet” for the remainder of his career. Source.