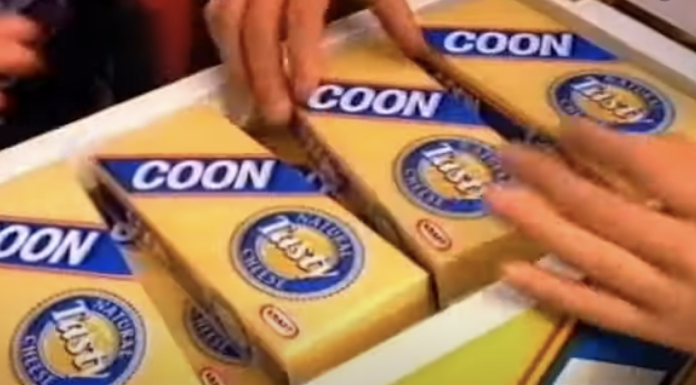 | CNN Business – An Australian dairy company is rebranding a controversial line of cheese products that share a name with a racial slur, in an attempt to “eliminate racism” from its brand.

“Coon” cheese — which has been sold in Australia for more than 80 years — has been the focus of complaints for decades.

The company has insisted that the brand name paid homage to American cheesemaker Edward William Coon, who, according to its website, “patented a unique ripening process.”

But the word is also a deeply insulting racial slur directed at people of color.

Saputo Dairy Australia said in a statement released on Friday that it would rename the cheese following a “careful and diligent review” of the situation.

The company said in a statement on Friday:

“At Saputo, one of our basic principles as an organization is to treat people with respect and without discrimination and we will not condone behaviour that goes against this.

“After thorough consideration, Saputo has decided to retire the Coon brand name.

Remember When It Was ‘Racist’ To Avoid Egg Rolls?

COON is the Australian trademark of a cheddar cheese produced by the Warrnambool Cheese and Butter company (WCB). It was first launched in 1935 by Fred Walker.

Coon cheese is named after its American creator, Edward William Coon (1871–1934) of Philadelphia, who patented a method, subsequently known as the Cooning process, for fast maturation of cheese via high temperature and humidity.

LD&D Foods (who also held a stake in the company) was the previous operator of the brand, until May 2015 when it was sold back to WCB which is majority-owned by Canadian dairy company Saputo Inc.

In August 1923, The Journal and Republican of Lowville, New York, reported the sale by “E. W. Coon of Philadelphia, maker and shipper of cheese”, of five milk plants in villages around Watertown to the Dairymen’s League Co Operative Association, Inc.

It also stated that:

While no announcement is made as to which of the numerous Coon plants in northern New York have been bought by the League, it is understood that the big Cape Vincent plant is not among those transferred… The Coon chain of plants includes stations at Brownville, Chaumont, Rosiere, Cape Vincent, Clayton and La Fargeville, with several cheese factories in the surrounding territory… Mr. Coon’s business has been cheese-making primarily..,

From 1933, a cheese was marketed by Fred Walker as Red Coon, and was coated with red wax. The wax was later replaced with cellophane, and the red stripe in the logo is a residual reference to the original packaging.

The product name, which it shares with a racial slur, was defended by previous manufacturers Kraft and Dairy Farmers despite decades-long campaigns to change it, including through challenges to the Australian Human Rights Commission in 1999 and Advertising Standards Bureau in 2001 by activist Stephen Hagan.

Amid Australian involvement in 2020 Black Lives Matter protests, on 24 July Saputo Inc. announced the name would be changed.

British comedian Stephen K. Amos regularly performs a skit on Coon Cheese as part of his live show, due to the word “Coon” also being an ethnic slur used for indigenous and black people.

ALSO ON HEADLINE HEALTH TODAY: Bill Gates Claps Back Conspiracies | ‘One Of The Earliest And Most Reported Symptoms Of COVID-19’ | ‘This Virus Is Controllable,’ WHO Says