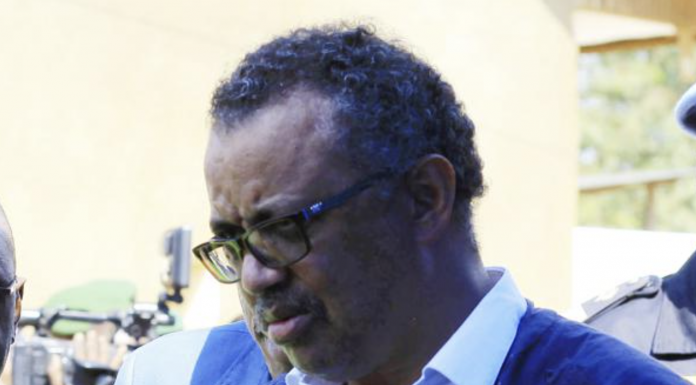 The world has reached a situation of “vaccine apartheid”, World Health Organization director-general Tedros Adhanom Ghebreyesus said on Monday, saying “the big problem is a lack of sharing.”

The low U.S. export numbers were at first defended as a strategy to ensure Americans are vaccinated first. But now the administration is being confronted by calls for a stronger involvement of vaccine diplomacy as domestic demand diminishes.

80 million doses is a “drop in the bucket,” and the U.S. should pledge to manufacture and export 4-to-5-billion doses by the end of the year, Peter Hotez, professor of pediatrics and dean of the National School of Tropical Medicine at Baylor College of Medicine, told CNN.

G7 countries and the European Union can afford to donate more than 150 million vaccines to countries in need without compromising their own goals, UNICEF said on Monday. [These are the countries in the G7: UK, US, Canada, France, Germany, Italy, Japan.]

The U.S. has received more than four dozen requests for vaccine donations from countries across the world … Click here to read more.

BUSINESS INSIDER – Starting May 24 in Geneva, representatives from the World Health Organization’s (WHO) 194 member states will meet for the 74th World Health Assembly (WHA).

The annual WHA gatherings grant those countries their chance to have a say in the WHO’s policy direction, how its budget is spent, and who its next leaders will be. In the midst of a global health crisis, these decisions are even more important.

But since 2016, one nation has been conspicuously absent from these critical proceedings. Taiwan was invited to the WHA as an ‘observer’ in 2008, but after a period of intense lobbying from the Chinese Communist Party (CCP), Taiwan’s observer status was rescinded eight years later.

Last year, a group of countries skeptical of the undue influence wielded by Beijing banded together to call for change. They formed a US-led coalition to call for Taiwan’s reinstatement to the WHA.

Yet their complaints amounted to nothing after they agreed that it was best to set aside such an inconvenient, divisive issue and focus instead on the more urgent matter of coordinating efforts to prevent deaths from coronavirus.

Despite their efforts, since the 73rd WHA concluded on May 19, 2020, COVID-19 has infected a further 153 million people and claimed almost three million more lives … Click here to read more.