Vegans Chow Down … On Banana Peels? 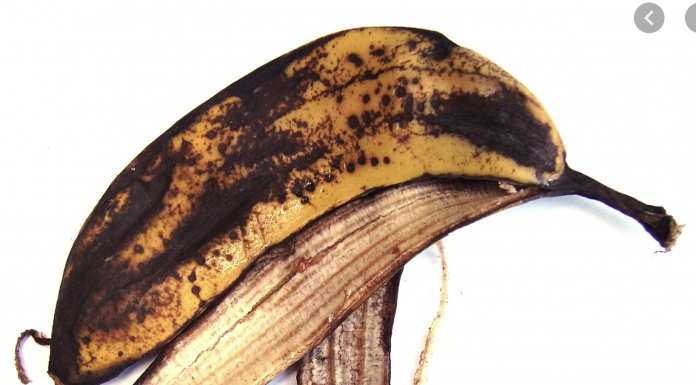 THE NEW YORK TIMES – In November, the British cookbook author and food personality Nigella Lawson shocked her nation when she demonstrated a recipe from her latest cookbook, “Cook, Eat, Repeat,” on her BBC television show of the same name.

And all because she’d prepared a fragrant dish of cauliflower — and banana peels.

“I certainly didn’t expect newspaper headlines about it!” she said in an email. “It’s hard to overcome the cultural assumptions about what is and is not edible, and to start eating what we have customarily regarded as waste.”

A few months earlier, another British culinary television star and cookbook author, Nadiya Hussain, had appeared on a “Good Morning Britain” segment on cooking during lockdown.

“Everyone’s making banana bread,” she explained, offering resourceful tips on using scraps to avoid food waste. “Don’t chuck the peel away. Cook it up with some garlic and onions and barbecue sauce, stick it in a burger, and you’ve got, like, pulled pork, pulled chicken.”

Ms. Hussain, whose parents are Bangladeshi, credits her father, a former chef and restaurant owner, for introducing her to cooked peels. In Bengali cuisine, unripe skins are cooked until soft, then puréed with garlic and green chiles, and sautéed with additional seasonings.

In the southwest region of India’s Kerala state, unripe bananas are most commonly associated with a thoran, a type of stir-fry for which they’re soaked then sautéed with a bouquet of bloomed spices and an aromatic, chile-warmed paste of ground coconut.

Some adaptations include the peels, while others feature them on their own … Click here to read more.

The vegan restaurant chain is partnering with Incogmeato – a subsidiary brand of MorningStar Farms – to debut a limited-time vegan fried chicken menu.

The company has been moving away from animal products in recent years, previously criticized for using egg whites in some of its chicken alternatives. Last month, the company launched a new Chik’n Tenders in both Original and Sweet BBQ flavors, which can be found in H-E-B, Wegman, Southeastern Grocers, Walmart, and Kroger nationwide.

Cole has partnered with plant-based companies in the past to promote vegan cuisine. Her restaurant’s signature burgers are made with Impossible Foods patties.