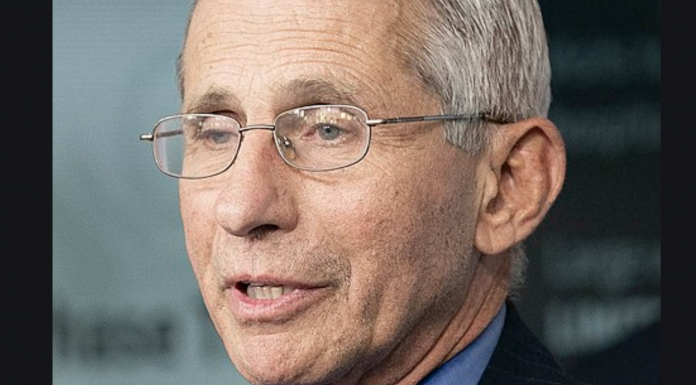 Boston Globe – The nation’s top infectious disease expert on Tuesday described the need for a uniform, national response to the United States’s accelerating COVID-19 crisis, saying there are a number of fundamental things the country can do to mitigate the spread of the virus, instead of a “disjointed” state-by-state approach.

[Red states more than blue states tend to chart their own course based on local priorities rather than follow federal directives. – HH]

“The thing we need to get people to understand is that when you’re dealing with an infectious disease outbreak, the infectious disease, the virus in this case, doesn’t know the difference between the border of Louisiana and Mississippi or North and South Carolina,” Dr. Anthony Fauci said during an online summit with The New York Times. “It’s the country that’s involved, so we need to respond as a nation, not in a fragmented way.”

Fauci, citing his 35 years of experience with the National Institute of Allergy and Infectious Diseases through five transitions between six administrations, also noted a smooth transition between the Trump administration and President-elect Joe Biden’s team is particularly important amid a “very difficult public health situation,” describing the need to “transition to the team that will be doing this similar to how we’re doing it.”

The US has seen a recent surge in coronavirus cases and recently surpassed more than 1 million cases in the first 10 days of November. A number of states have issued additional restrictions in response to increasing hospitalization rates.

When asked what fall 2021 might look like in the country, Fauci said the need for people to adhere to measures like mask-wearing and social distancing will depend on the efficacy of the vaccine … Read more.

Sen. Rand Paul: Fauci ‘Tends To Gloss Over The Science’

Fauci’s Orders: “Do What You’re Told”