Trump Cuts Off WHO Funding 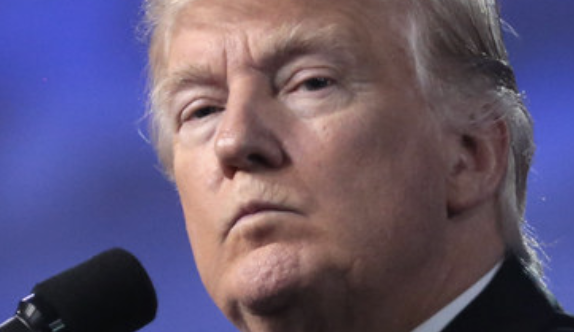 President Donald Trump announced a halt to American payments to the World Health Organization, pending a review of its warnings about the coronavirus and China.

Nations around the world reacted with alarm to the news, and health experts warned the move could jeopardize global efforts to stop the coronavirus pandemic.

The first tentative steps in lifting the economically crippling coronavirus restrictions in Europe and China are running into resistance, with shoppers and other customers staying away from the reopened businesses and workers afraid the newly restored freedoms could put their health at risk.

Scroll down for some of AP’s top stories Wednesday on the world’s coronavirus pandemic. Follow APNews.com/VirusOutbreak for updates through the day and APNews.com/UnderstandingtheOutbreak for stories explaining some of its complexities.

Trump’s Decision To Cut Off WHO Funding Draws Swift Push Back From Medical Community, Democrats

“During the worst public health crisis in a century, halting funding to the World Health Organization is a dangerous step in the wrong direction that will not make defeating COVID-19 easier,” American Medical Association President Patrice Harris said. President Donald Trump had previously floated the idea, which critics say is the president’s way of trying to shift blame for his own early missteps.

Stat: Trump Announces Formal Freeze On WHO Funding, Pending An Investigation
President Donald Trump formally announced Tuesday that the United States will freeze funding to the World Health Organization, pending a formal investigation into the global health agency and its coronavirus response. In prepared remarks, Trump accused the organization of “severely mismanaging and covering up the spread of the coronavirus,” suggesting that the group overly relied on unverified reports from China, which Trump argued caused a “twenty-fold increase in cases worldwide.” He did not cite a source for that figure. (Florko, 4/14)

The New York Times: Criticized For Pandemic Response, Trump Tries Shifting Blame To The W.H.O.
For weeks, President Trump has faced relentless criticism for having overseen a slow and ineffective response to the coronavirus pandemic, failing to quickly embrace public health measures that could have prevented the disease from spreading. Recent polls show that more Americans disapprove of Mr. Trump’s handling of the virus than approve. So on Tuesday, the president tried to shift the blame elsewhere, ordering his administration to halt funding for the World Health Organization and claiming the organization made a series of devastating mistakes as it sought to battle the virus. He said his administration would conduct a review into whether the W.H.O. was responsible for “severely mismanaging and covering up” the spread. (Shear and McNeil, 4/14)

The Washington Post: Trump Announces Cutoff Of New Funding For The World Health Organization Over Pandemic Response
Trump’s announcement was expected, as he seeks to deflect blame for his early dismissal of the virus as a threat to Americans and the U.S. economy. It is not yet clear how the United States will cut off money to the main international organization focused on fighting the pandemic, or whether Trump is setting conditions for a resumption of U.S. payments. “We have not been treated properly,” Trump said, as he announced a suspension period of 60 to 90 days for U.S. funding. (Gearan, 4/14)

— An investigation by The Associated Press has found that six days of delays by China — from Jan. 14 to Jan. 20 — in alerting the public to the growing dangers of the virus set the stage for a pandemic that has upended the lives of millions, sideswiped the global economy and cost nearly 127,000 lives.

— The European Union moved Wednesday to head off a chaotic and potentially disastrous easing of restrictions that are limiting the spread of the coronavirus, warning its 27 nations to move very cautiously as they return to normal life and base their actions on scientific advice. And U.S. President Donald Trump said he’s enlisting advisers from nearly all sectors of American commerce, the medical field and elected office to help shape his plans to reopen the economy.

— Videos and online reports claiming that millions of Americans will have to repay the relief checks they receive from the federal government under the $2.2 trillion coronavirus economic recovery bill are not true. The government began issuing the one-time payments this week. In recent days, social media posts have falsely claimed there’s one catch to this money — that you’ll eventually have to pay it back.

— As countries around the world edge toward ending lockdowns and restarting their economies and societies, citizens are being more closely monitored. The challenge is achieving the tricky balance between limiting the spread of disease and allowing people freedom to move outside their homes.

— A leap in U.S. unemployment has thrown a spotlight on one type of work in high demand during the coronavirus pandemic: Gig work delivering groceries, meals and packages. But those jobs also come with the risk of exposure to the coronavirus, which has killed more than 22,000 in the U.S. And most such jobs come with little to no access to benefits like health insurance and paid sick leave.

— The U.S. military is bracing for a monthslong struggle against the coronavirus, looking for ways to maintain a defensive crouch that sustains troops’ health without breaking their morale — while still protecting the nation. Defense Secretary Mark Esper acknowledged it’s tough to enforce social distancing and other standards with a force of 2.2 million spread out all over the world.

— Efforts to slow the spread of the coronavirus may be choking Africa’s already-vulnerable food supply. Lockdowns in at least 33 of Africa’s 54 countries have blocked farmers from getting food to markets and threatened deliveries of food assistance to rural populations. Many informal markets where millions buy their food are shut.
___
WHAT YOU NEED TO KNOW:

For most people, the coronavirus causes mild or moderate symptoms, such as fever and cough that clear up in two to three weeks. For some, especially older adults and people with existing health problems, it can cause more severe illness, including pneumonia and death. The vast majority of people recover.

Here are the symptoms of the virus compared with the common flu.

One of the best ways to prevent spread of the virus is washing your hands with soap and water. The U.S. Centers for Disease Control and Prevention recommends first washing with warm or cold water and then lathering soap for 20 seconds to get it on the backs of hands, between fingers and under fingernails before rinsing off.

You should wash your phone, too. Here’s how.

TRACKING THE VIRUS: Drill down and zoom in at the individual county level, and you can access numbers that will show you the situation where you are, and where loved ones or people you’re worried about live.
___
ONE NUMBER:

— 8.7: U.S. retail sales plummeted 8.7% in March, an unprecedented decline, as the viral outbreak forced an almost complete lockdown of commerce nationwide.
___
IN OTHER NEWS:

— HOME BAKERS: With millions of people across the globe stuck at home due to lockdown measures imposed during the coronavirus pandemic, many people are choosing to make their own bread, rather than venturing to the local store to buy their weekly fix.

— ALOHA MASKS: Face masks made with the same colorful prints used for aloha shirts — known as “Hawaiian shirts” elsewhere in the United States — are the latest fashion trend in Hawaii as islanders try to prevent the spread of the coronavirus.

— POST-PANDEMIC PTSD?: A Boston Marathon bombing survivor talks about his own journey back to mental health, the importance of self-care, and the anxiety, depression and trauma some may be struggling with as the pandemic wears people down.
___
Follow AP coverage of the virus outbreak at https://apnews.com/VirusOutbreak and https://apnews.com/UnderstandingtheOutbreak