Fauci Has Job Offer If Trump Fires Him 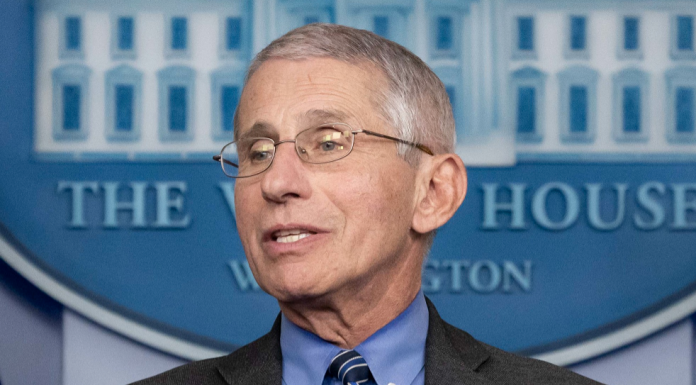 Dr. Giuseppe Ippolito of Rome’s Lazzaro Spallanzani hospital said in an interview with The Associated Press that no one knows infectious disease better than Fauci.

Ippolito wrote a letter to the Italian president and other officials, saying Italy should welcome Fauci with open arms.

The country is the European epicenter of the pandemic, and Spallanzani treated its first patients.

The letter released Wednesday praised Fauci’s expertise, experience, leadership and “generous and selfless help” to Spallanzani and other hospitals around the world — “a generosity that we like to associate (with) his Italian heritage, always remembered with pride.”

Ippolito said removing Fauci from the U.S. task force “would be disastrous news not only for the United States, but for the whole international community.”

Speculation about Fauci’s fate swirled over the weekend after he told CNN that the U.S. would have “obviously” saved lives if virus mitigation efforts had begun earlier. Trump responded by reposting a tweet that included the line: “Time to #FireFauci.”

On Monday, Trump insisted Fauci’s job was safe, but Republicans close to the White House say the president has complained about Fauci’s positive media attention and has sought to leave him out of task force briefings.

“Politicians don’t like uncomfortable scientists, they always want servile scientists,” Ippolito told the AP. “The value of science instead is to say uncomfortable things too, in all contexts and always, because the principle is to defend science, not to please politicians.”

In the letter, Ippolito said Italy would gladly welcome Fauci’s expertise. He cited his work on the SARS, HIV, Ebola and Zika outbreaks, and praised his training of a generation of doctors and nurses. Fauci’s work Ippolito wrote, “has saved the lives of millions of women, men and children in the United States and all over the world.”

His letter was addressed to Italian President Sergio Mattarella, with copies sent to the Italian premier, health minister, foreign minister, as well as local regional authorities. He wrote that Spallanzani itself “would be honored” to bring Fauci on as an adviser, whereas the Italian government as a whole could benefit form his “great vision and expertise.”

The Spallanzani hospital issued the letter in both Italian and English and sent it to news media along with a “New Yorker” profile of Fauci.
___
AP video journalist Luigi Navarro contributed to this story.
___
Follow AP coverage of the pandemic at http://apnews.com/VirusOutbreak and https://apnews.com/UnderstandingtheOutbreak