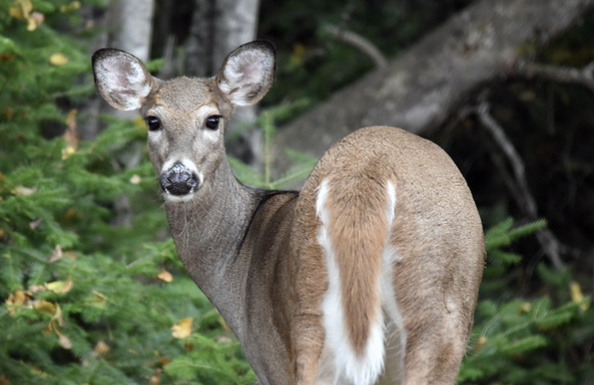 MEDICAL XPRESS – The scientific community has been alarmed by the prospect of deer becoming new hosts for COVID since July, when the U.S. Department of Agriculture found antibodies in white-tailed deer in Illinois, Michigan, New York and Pennsylvania.

The new study suggests that deer should not be overlooked as a possible source of SARS-CoV-2 infection among people as well as domestic and wild animals, according to researchers.

They are still trying to learn how COVID is transmitted between people and animals.

“The one thing we know best about SARS-CoV-2 is its unpredictability,” said study author Douglas Watts, professor of biological sciences at the University of Texas at El Paso (UTEP).

“Therefore, the transmission of the virus from infected deer back to humans, while not likely, may be possible,” he said in a university news release [below] … READ MORE.

Research suggests deer could be a possible source of human infection

A report on the discovery was published recently in Vector-Borne and Zoonotic Diseases, a peer-reviewed journal focusing on diseases transmitted to humans by animals.

The UTEP team found the first reported evidence of SARS-CoV-2 infection in deer from Texas, which widens the previously reported geographical range of COVID-19 among deer in the United States, further confirming that infection was common among the species.

“The one thing we know best about SARS-CoV-2 is its unpredictability,” Watts said. “Therefore, the transmission of the virus from infected deer back to humans, while not likely, may be possible.”

While the mechanisms of COVID-19 transmission between humans and animals is still being investigated, the UTEP team’s study suggests that deer should not be neglected as a possible source of SARS-CoV-2 infection among humans as well as domestic and wildlife animals.

Watts said subsequent investigations should work to mitigate any risks associated with deer as a possible source of human infection.

The study’s lead author was Pedro Palermo, manager of the UTEP Border Biomedical Research Center’s Biosafety Level 3 Infectious Disease Research Program laboratory. Palermo explained the results of this research raise many questions regarding infection and transmission of SARS-CoV-2 among wild and domestic animals.

“UTEP works to address challenging issues through its research,” said Robert A. Kirken, Ph.D., dean of the College of Science. “This project is a great example of that because it has the potential to make an impact on the health of people throughout the country.”

Watts’ team studied blood samples collected from deer of various ages in Travis County, Texas, during the first two months of 2021, amid the pandemic. Evidence of SARS-CoV-2 neutralizing antibodies was found in more than a third of the samples, including a significant prevalence among deer that were 1.5 years old, indicating that the disease is rampant among one of the most abundant wildlife species, particularly among males.

The 37% antibody prevalence observed in this study is comparable to the 40% rate reported in deer in other states including Illinois, Michigan, Pennsylvania and New York.

About The University of Texas at El Paso

The University of Texas at El Paso is America’s leading Hispanic-serving university. Located at the westernmost tip of Texas, where three states and two countries converge along the Rio Grande, 94% of our more than 24,000 students are minorities, and half are the first in their families to go to college. UTEP offers 169 bachelor’s, master’s and doctoral degree programs at the only open-access, top tier research university in America. Source