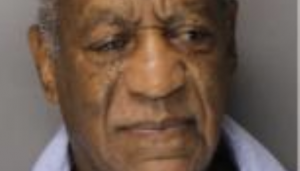 CNN – Judges on the Pennsylvania Supreme Court questioned and expressed skepticism about the use of five “prior bad acts” witnesses in Bill Cosby’s criminal trial during an appeal hearing on Tuesday.

Cosby, 83, is more than two years into a 3-to-10-year sentence at a prison outside Philadelphia for drugging and sexually assaulting Andrea Constand, a former Temple University employee, at Cosby’s home in 2004.

The three assault charges in the case centered on Constand’s testimony. But at his criminal trial, Montgomery County Judge Steven O’Neill allowed five other women to testify as “prior bad act” witnesses who said that Cosby had similarly drugged them with the intent of assaulting them in previous incidents.

Cosby’s attorney Jennifer Bonjean argued Tuesday in the virtual hearing that these witnesses unfairly prejudiced the jury — and some judges suggested they agreed.

“I tend to agree that this evidence was extraordinarily prejudicial to your client,” Justice Max Baer said to Bonjean.

The state Supreme Court is made up of seven members, and at least four sharply questioned Assistant District Attorney Adrienne Jappe, who argued for the prosecution.

She argued that the prior bad acts witnesses showed Cosby had a common scheme or plan in his assault. She also said their testimony showed Cosby did not make a mistake or accident in his actions.

However, Justice Kevin M. Dougherty questioned whether the witness accounts, which dated to incidents in the 1980s, were too distant to be appropriate … Read more.

This Body Part May Show First Signs Of Domestic Abuse