This Body Part May Show First Signs Of Domestic Abuse 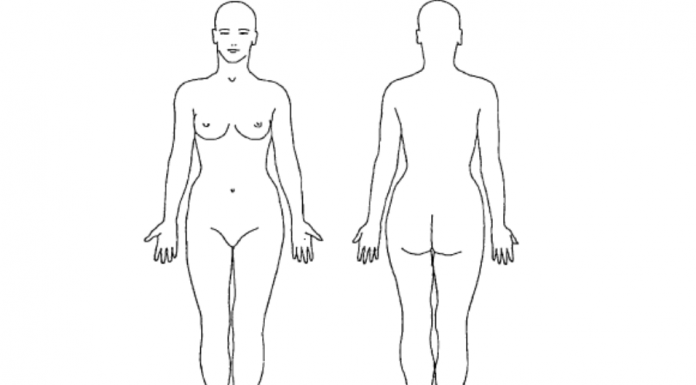 PLUS: He “poured lighter fuel on her genital area and lit her on fire”

| HealthDay News – As many as one-third of adult women who have a particular fracture to their forearms may be victims of intimate partner violence, according to a new study.

The findings underscore the need to screen women who receive fractures to their ulna for possible intimate partner violence, researchers said. That includes those who say they were injured in a fall.

The ulna is the bone on the pinkie side of the forearm. Fractures to it often occur as people hold up their hands to protect their faces from being struck with an object.

“I never correlated it with intimate partner violence until recently. I shared my thoughts with our orthopedic surgeons and, with their interest and support, decided to pursue the study,” said senior author Dr. Bharti Khurana, director of emergency musculoskeletal radiology at Brigham and Women’s Hospital in Boston.

The findings are to be presented at a virtual meeting of the Radiological Society of North America, which continues through Dec. 5.

“The radiological characteristics we were looking at were the location of the fracture, the pattern of the fracture in terms of how it broke, and the displacement of the fracture,” said study lead author Dr. David Sing, an orthopedic surgery resident at Boston Medical Center.

“Out of all those things, what we usually saw was a minimally displaced fracture, meaning the bone is broken all the way through but has not shifted significantly,” he said in a meeting news release.

All the study patients who were not confirmed or suspected to be victims of intimate partner violence had fractures that came from motor vehicle accidents or other mishaps such as crashing into a tree while skiing. Four of the eight patients suspected of being victims of violence said they had fallen. Khurana noted that falls are more likely to result in a fracture to the radius, the other forearm bone.

Lancaster Online – A Pennsylvania man will serve up to eight years in prison for a horrific cycle of abuse against his former girlfriend, including setting her on fire.

Hackman, 46, will serve four to eight years in prison, plus five years of probation, in accordance with the plea agreement.

Hackman, formerly an emergency responder and state constable, punched the woman and beat her with a belt in a Lititz home, before dousing her midsection with lighter fluid and setting her on fire, police reported. [The office of Pennsylvania State Constable is an elected, sworn law enforcement officer in the state of Pennsylvania.]

LITITZ, Pa. (FOX43) – A man is facing felony charges after police said he brutally beat a woman and then threw lighter fluid on her genital area and lit her on fire.

Officers were called to the Heart of Lancaster Hospital on Friday evening for a report of a woman who had been burned as a result of an assault.

According to police, the 43-year-old woman and her 7-year-old child had been staying with Hackman at his apartment along East Main Street for the past month. The investigation revealed that Hackman had been beating the woman over the course of several days, authorities said.

During one of the assaults, the woman told police Hackman poured lighter fuel on her genital area and lit her on fire. She suffered second and third-degree burns over her stomach, genital area and inner thighs, police said. She was treated at a local hospital and then transferred to the Leigh Valley Hospital Burn Center.

The victim told investigators that Hackman also locked her child in a closet for 20 minutes after he acted out when Hackman beat her, police said.

What Are the Signs of Domestic Abuse?

“Fear has no place in a healthy relationship”

They’re not always as obvious as you might think. That’s because domestic abuse is about controlling someone’s mind and emotions as much as hurting their body. Being abused can leave you scared and confused. It can be hard for you to see your partner’s actions for what they really are.

Usually, physical abuse isn’t what comes first. The abuse can creep up slowly. A putdown here or there. An odd excuse to keep you away from family or friends. The violence often ramps up once you’ve been cut off from other people. By then, you feel trapped.

If you’re afraid of your partner, that’s a big red flag. You may be scared to say what you think, to bring up certain topics, or to say no to sex. No matter the reason, fear has no place in a healthy relationship.

If you feel like you’re being abused, there’s a good chance you may be, and it’s worth getting help. Keep that in mind as you think about these signs:

“Settle All Marital Arguments In The Bedroom, Naked“