Why Are Seniors Getting So Many STDs? 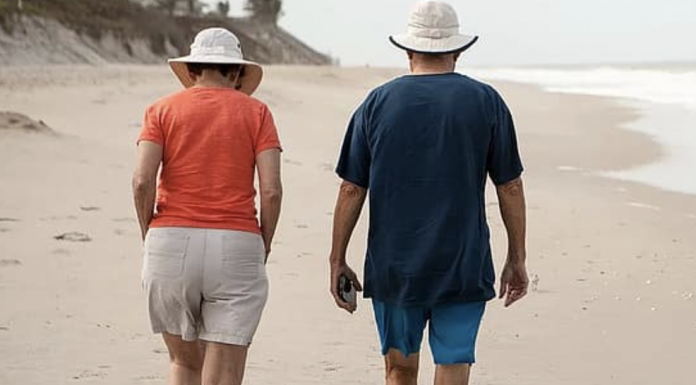 “Diagnosis rates for herpes simplex, gonorrhea, syphilis, chlamydia, hepatitis B and trichomoniasis rose 23 percent in patients over age 60 between 2014 and 2017 …”

Psychology Today – Negative consequences, stemming from sexual activity, due to stigma, socioeconomic disadvantages, and lack of sexual resources, are not limited to the younger set.

Researchers for the SHIFT Project have found an increase in sexually transmitted infections in adults over the age of 45.

According to Ian Tyndall, a senior lecturer at the University of Chichester, “Over-45s at most risk are generally those entering new relationships after a period of monogamy, often post-menopause, when pregnancy is no longer a consideration, but give little thought to STIs.”

Eighty percent of the 800 participants in the project’s study consisted of people between the ages of 45 and 65.

While it may seem counterintuitive to think that older adults would not be aware of sexual risks, this is simply not the case. There are several variables that expose adults, especially older adults, to negative sexual consequences.

There is a socialization process involved in how younger age groups view middle-aged to older adults as sexual beings and how older adults view themselves. As adults age, there is a perception that their interest in and desire for sex should fade.

If young people are socialized to think there is a cut-off point in which adults become disinterested in sex, they may carry that belief into their own aging years, and that belief may be enough to override sexual impulses or cause them to forego sexual relations in a perceived adherence to social normativity. Dynamics of this socialization process may prevent older adults from leading complete sexual lives and may diminish their sexual well-being.

Furthermore, there is evidence that the sexual health of older adults is factored out as a subject by some healthcare professionals (Hinchliff and Gott 2011, Traeen and Schaller 2013) related to these sexual perceptions.

Based on data collected from the survey they conducted, SHIFT is developing intervention guidelines they intend to deliver to healthcare professionals within the next year.

It’s one thing to perceive that older adults are no longer interested in having sex, and quite another thing to actively stigmatize them for sexual desires and behaviors. One may not wish to think that their parents or grandparents are sexually active, but condemnation of their sexual livelihood is an inappropriate response.

To view sexuality in advanced years as a discrediting attribute only serves to shame the individual and push them into hiding their sexuality, which prevents them from openly communicating and seeking information or medical attention.

Direct stigmatization is not the only avenue for hiding one’s sexuality. If an individual recognizes that their identification as a sexual being in older years is a discrediting identity, they may self-shame and retreat from a sexually fulfilling life … Read more.

STDs on the rise among seniors

Becker’s Hospital Review – Patients over age 60 comprise the largest increase of in-office treatments for sexually transmitted diseases, according to an analysis of patients on Athena Health’s network.

Diagnosis rates for herpes simplex, gonorrhea, syphilis, chlamydia, hepatitis B and trichomoniasis rose 23 percent in patients over age 60 between 2014 and 2017, according to Athena Health data from 110,000-plus providers.

By contrast, the entire population over age 13 reported only an 11 percent increase in STD diagnosis rates during the same period.

A few factors might contribute to the rise in STD rates, including public perception of healthcare discoveries made during the 1960s — a decade when many baby boomers came of age.

Oral contraceptives — which protect against pregnancy, but not STDs — were gaining traction as a common birth control method, and advances in modern medicine made STDs seem treatable, rather than life-threatening, according to an athenaInsight blog post.

“We went through a relatively brief period of time in the antibiotic era, before the advent of AIDS, where [a sexually transmitted infection] generally meant a trip to the doctor for a one-time shot or a pill you took for a few days … ” Read more.