“Stay Out Of Our Country, Eh?” 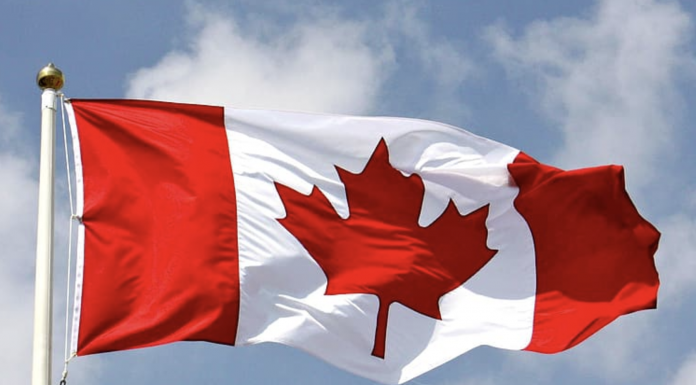 TORONTO (AP) — Canadian Prime Minister Justin Trudeau said Saturday the U.S. and Canada have agreed to keep their border closed to nonessential travel for another 30 days and he said it will be undoubtedly longer before the restriction is removed.

Trudeau said it will keep people on both sides of the border safe amid the pandemic.

“The agreement is the same terms. It’s just extended for another 30 days. It will ensure we continue to get essential goods and services back and forth across the border,” Trudeau said.

Trudeau said in French the restrictions will remain in place for “many, many weeks to come” and then said in English it will “undoubtedly” be many weeks.

U.S. President Donald Trump said this past Wednesday that the U.S.-Canada border will be among the first borders to open and said the U.S. and Canada are doing well in handling the pandemic.

The U.S. has more confirmed cases and deaths from COVID-19 than any country in the world.

The U.S. and Canada agreed last month to limit border crossings to essential travel amid the pandemic, but that agreement was due to expire this coming week. Nearly 200,000 people cross that border daily in normal times.

Many of Canada’s cases have come from those returning from the U.S and there is a concern that Trudeau might reopen the border again amid pressure from Trump.

“We will continue to take the measures necessary to keep Canadians safe while ensuring the continued flow of our essential supply chains on which so many Canadians depend,” Trudeau said.

Truck drivers are critical as they supply grocery stores and medical goods in both directions. Much of Canada’s food supply comes from or via the U.S.

Canadians who live in the U.S. for part of the year and are returning to Canada are among those who are also exempted from the current travel ban.

Canada sends 75% of its exports to the U.S. and about 18% of American exports go to Canada. The U.S. Canada border is world’s longest between two nations.

Canada sets rules for US romaine

The Food Cure for Cancer