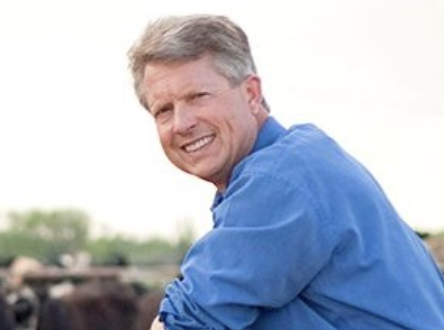 TOPEKA, Kan. (AP) — Roger Marshall won’t let people forget he’s a doctor, putting “Doc” in the letterhead of his U.S. Senate office’s news releases. But when he talks about COVID-19 vaccines, some doctors and experts say the Kansas Republican sounds far more like a politician than a physician.

He’s made statements about vaccines and immunity that defy both medical consensus and official U.S. government guidance. He’s aggressively fighting President Joe Biden’s vaccine requirements, arguing they’ll infringe on people’s liberties and wreck the economy. He’s acknowledged experimenting on himself with an unproven treatment for warding off the coronavirus.

Marshall’s positions are pushing the first-term senator and obstetrician closer to the medical fringe. But he has company in other GOP doctors, dentists and pharmacists in Congress, several of whom have also spread sketchy medical advice when it comes to the pandemic.

Critics say the lawmakers’ statements are dangerous and unethical, and that Marshall’s medical degree confers a perception of expertise that carries weight with constituents and other members of Congress.

“He has an enormous role to play here because he’s a doctor and a senator,” said Arthur Caplan, founder of New York University’s medical ethics division and director of a vaccine ethics program. “He bears a very powerful responsibility to get it right” … AP story continues below

“This vaccine mandate is not about public health or science. If it were, we’d recognize natural immunity as a highly effective way to combat the virus.” – Sen. Roger Marshall, R-Kansas

Senator Marshall is a former Congressman for Kansas’ Big 1st District, a physician, devoted father, grandfather, and husband. As a 5th generation farm kid growing up in Butler County, Dr. Marshall became the first in his family to attend college. After graduating from Butler County Community College, Dr. Marshall received his Bachelor’s degree from Kansas State University and received his Medical Doctorate from the University of Kansas.

Dr. Marshall served in the Army Reserves for seven years and practiced medicine in Great Bend for more than 25 years. As an OB/GYN, Dr. Marshall delivered more than 5,000 babies, giving him a deep appreciation and passion for the sanctity of life and an intimate understanding of the healthcare system. During his time in medicine, Dr. Marshall was more than a physician, he was a business owner signing a paycheck every other week for 25 years for as few as 5 people, but eventually more than 300 people.

Faith and community continue to be pillars in Dr. Marshall’s life. He taught Sunday school for over 25 years and has served as an elder, deacon and board chairman of his church. He has coached numerous community and youth sports teams, and is a proud Rotarian, having served as past District Governor. He also has a passion for the outdoors, and spends as much time as possible at his family’s farm, the Quivira National Wildlife Refuge and Cheyenne Bottoms.

Roger and his wife, Laina, have been married for 36 years and are the parents of four children, and have three grandchildren. SOURCE

AP story continues … Marshall says he is fully vaccinated and has said he’s urged his parents recently to get booster shots. He and other GOP doctors in Congress appeared in a public service campaign in April to encourage people to get vaccinated.

But that was before Biden’s vaccine mandates fired up the party’s conservative base and had activists predicting that grassroots opposition could help drive Republicans into power in Congress in 2022. It also was before schools reopened for the fall and angry parents flocked to school board meetings to protest mask mandates.

“Off-year elections are all about turning out your base,” said Gregg Keller, a St. Louis-area GOP strategist who’s worked for conservative groups and U.S. Sen. Josh Hawley, R-Mo. “Republicans are fired up.”

Recent polling shows about half of Americans — just enough for a majority — favor requiring workers in large companies to get vaccinated or tested weekly. Biden also is requiring the military, government contractors and health care workers to get vaccinated.

But perhaps crucially for Marshall and other Republicans, the polling also showed people are deeply split based on their political party. About 6 in 10 Republicans opposed the mandate for workers, according to the survey by The Associated Press and NORC-Center for Public Affairs Research … AP story continues below

(Washington, D.C., October 8, 2021) – U.S. Senator Roger Marshall, M.D. led a group of his colleagues in sending a letter to Attorney General Merrick Garland, demanding clarification surrounding his recent MEMO regarding the federal government’s role in silencing parents concerned about COVID protocols and curriculum changes in public schools. In the letter, the Senators said in part,

“We’ve seen all too often this administration, including the Department of Justice (DOJ), attack the constitutional rights that make America great, all in the name of “security” or “public health.”… Your recent Memorandum dated October 4, is an alarming attack on this most important Constitutional right.

“While we agree with the sentiment that there is absolutely no environment in which it is acceptable that school administrators, board members, teachers, and staff would be subject to real threats of violence, we believe any threat that constitutes a clear and imminent threat of intended violence should be investigated and prosecuted by local law enforcement officers.

“We also believe parents have the right to voice their concerns, opinions, and frustrations to public servants…It is not the job of the federal government to institute a witch hunt against parents effectively penalizing them by investigating dissent…Wasting federal resources investigating constitutionally protected speech simply to discourage people from that speech is as egregious as barring free speech.” SOURCE.

AP story continues … Marshall positioned himself as a stalwart Trump supporter in winning his Senate seat last year. The two-term congressman from western Kansas ran against a Democrat and retired Kansas City-area anesthesiologist hewing to public health orthodoxy on COVID-19.

Marshall regularly went unmasked at campaign events and said he took a weekly dose of the anti-malarial drug hydroxychoroquine promoted by Trump. That was despite the U.S. Food and Drug Administration’s warning against using it to prevent a COVID-19 infection.

Marshall has since tried unsuccessfully to pass legislation that would ban vaccine mandates and bar dishonorable discharges from the military for not getting vaccinated. He argues that mandates for workers will cause them to quit or be fired, worsen supply chain problems and drive up inflation.

“Without even touching on the constitutionality of a federal mandate, I want people to realize the impact it’s going to have on the economy,” he said during a recent interview.

Late last month, he joined lawmakers pushing unsupported theories about COVID-19 immunity. He and 14 other GOP doctors, dentists and pharmacists in Congress sent a letter to the federal Centers for Disease Control and Prevention, urging the agency, when setting vaccination policies, to consider natural immunity in people who have had the virus.

The signers included Kentucky Sen. Rand Paul, an ophthalmologist, and Texas Rep. Ronny Jackson, who served as doctor and medical adviser to Trump. Most are from states or districts that Trump carried by wide margins last year.

Experts agree that natural immunity arises after an infection, but the general medical consensus is that the degree of protection varies from person to person and is likely to wane over time.

That’s why the CDC currently urges even those who’ve had the virus to get vaccinated. A CDC report released in August found the vaccine did boost protection among those who’ve recovered from the infection. Studies released in September showed that unvaccinated people were 11 times more likely to die than the vaccinated.

Marshall disputes that guidance. In a recent AP interview, he noted his adult children have had COVID-19 and, “I don’t think they need the vaccine on top of it.”

He argued that the issue requires more investigation: “We could get 20 scientists in here and have a two-hour discussion about it.”

Keller, the GOP consultant, said he sees a political incentive for Marshall and other lawmakers to focus on the issue of natural immunity. That challenges the Biden administration policies without attacking vaccines, Keller said.

“Smart Republicans realize that there’s a certain amount of trust in the wider electorate in the vaccine,” Keller said.

Marshall says that as a practicing obstetrician and as a local health department director, he followed the CDC’s guidance on issues such as flu shots not harming pregnant women. But he says he’s lost trust in the CDC because of mixed messages early in the pandemic about masks: “It was a tough time for the CDC. It was a tough time for all of us.”

“Vaccination is what we have because the price of getting immunity through natural infection is much too high,” Wen said, adding that she fears people doing something akin to the “chicken pox parties” some parents have had for their children. “We certainly would not a policy that could lead people to choose to be infected.”

Sabrina Pass, who lives in a small town northwest of Fort Riley, Kansas, said she supports Marshall’s positions and said a candidate’s willingness to actively fight vaccine mandates will be important to her. She is a 37-year-old U.S. Department of Defense employee, the mother of two teenagers and a registered Republican. She sees protests against school mask mandates as “awesome.”

But Dr. Beth Oller, a family physician in Rooks County in northwest Kansas, said she’s frustrated because Marshall’s medical degree is one reason patients who normally trust her about everything else resist her advice to get vaccinated. Musing that “I really don’t think he’s that stupid,” she said he knows how immunity works and why people need flu shots and tetanus boosters.