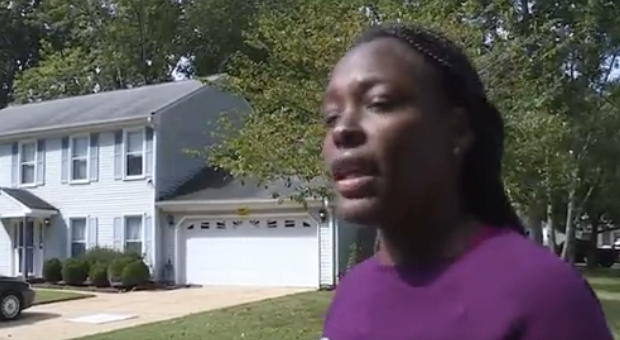 YAHOO! NEWS – Jannique Martinez says that since July, her family has had to endure recordings of loud, screeching monkey noises and recordings of racial slurs directed toward their Virginia Beach, Va., home every time they leave or enter their residence.

Martinez — who is Black — claims her neighbor has set up motion sensors to detect the family’s movements and harass them.

But police, citing no physical confrontation or verbal threats, have said there is nothing they can do.

This week, following national news attention, Martinez said the loud noises coming from her neighbor’s home have finally stopped. But, she says, the neighbor continues to display dizzying strobe lights.

“I feel like it shouldn’t have to be violent to be against the law,” Martinez told Yahoo News. She also says that the neighbor still has eight cameras pointing at her home.

“As appalling and offensive as the neighbors’ behaviors are, the city attorney and Virginia magistrates have separately reported that the actions reported thus far did not rise to a level that Virginia law defines as criminal behavior. This means the VBPD has had no authority to intervene and warrants were not supported.” – Virginia Beach Police Department

“This isn’t about me,” Martinez said. “Racism affects so many people in this country. … No family should have to live with this kind of harassment.”

Martinez says it began in 2017 when her neighbor began playing loud music, about a year after the Martinez family moved into a cul-de-sac in the Salem Lakes neighborhood.

This past July, Martinez called local police to file a noise complaint after hearing what she describes as deafening music coming from the neighbor’s home.

The situation then got much worse, with the neighbor allegedly beginning to play loud sounds of monkeys.

The family says they often heard the N-word coming from the neighbor’s home.