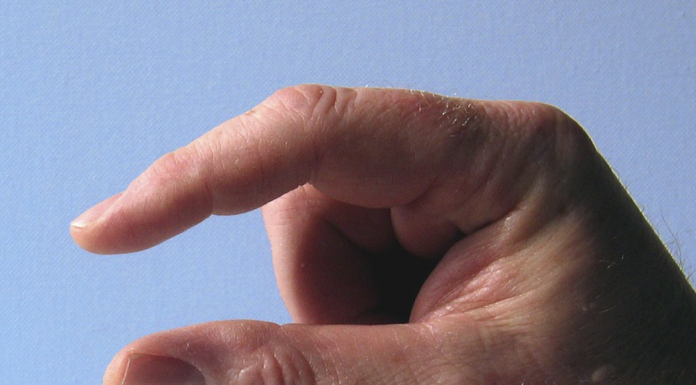 PLUS: Do women feel cheated by a small penis?

THE SUN (UK) – A man claims his penis has shrunk by an inch-and-a-half due to Covid, and doctors say it can’t be fixed.

The anonymous male said the lasting effect of the virus has damaged his self confidence.

Before, the 30-something American said his penis was above average size.

Urologists say “Covid d*ck” is a real phenomenon, whereby the penis can reduce in size due to damage to blood vessels.

For example, a study of 3,400 people led by University College London found that of 200 reported long Covid symptoms, a smaller penis was one of the rarer ones.

“My penis has shrunk. Before I got sick, I was above average, not huge, but definitely bigger than normal. Now I’ve lost about an inch-and-a-half and become decidedly less than average.

Calling in to the podcast “How to Do It”, the man said: “I’m a heterosexual man in my 30s. In July of last year I contracted Covid and was very sick.

“When I got out of the hospital, I had some erectile dysfunction issues. Those gradually got better with some medical attention, but I seem to be left with a lasting problem.

“It’s apparently due to vascular damage, and my doctors seem to think it’s likely permanent.

“It shouldn’t really matter, but it has had a profound impact on my self confidence in my abilities in bed.”

Ashley Winter MD, a urologist in Portland, US, and associated with Kaiser Permanente, explained that penile shrinkage after Covid is a domino effect of erectile dysfunction.

She told the podcast: “It is true that having erectile dysfunction leads to shortening.

“You have this period of time where the penis is not stretching itself out, where it’s not, you know, getting all this full blood into it, and that can lead to scarring of the penis and shortening of the penis … ” READ MORE.

Do women feel cheated by a small penis?

We all know the saying — small penises don’t feel as good. What’s more, most women won’t sleep with a man who, for the lack of a better word, isn’t ‘packing.’ However, regardless of what the popular opinion says, the truth about sex with someone who doesn’t have a big penis is so much different than we may think.

Personally, I’ve had my fair share of experiences with smaller penises. Some have been good, some have been bad. But the thing is that it happens with every person regardless of their penis size. But for some women and men, it really does matter what’s going on under the clothes. And this brings up a big debate…

Are men with smaller penises worse in bed? To get an answer, I spoke to 15 women and asked them their opinions on the matter.

Men on the smaller side of the spectrum typically are better at foreplay … READ MORE.