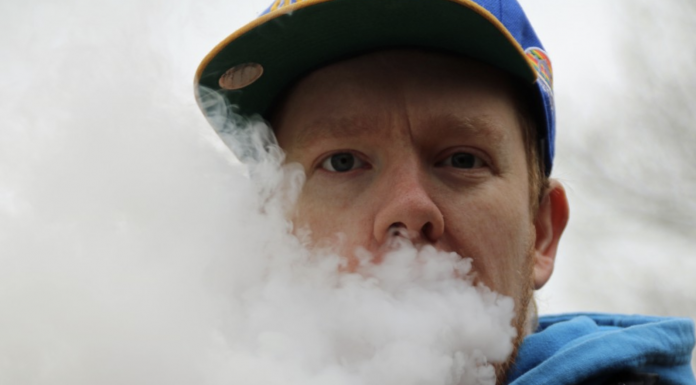 Men who vape have a higher risk of erectile dysfunction compared to non-vapers, study finds

INSIDER – Men who use e-cigarettes are more than twice as likely to experience erectile dysfunction compared to those who don’t vape, according to a study published Wednesday in the American Journal of Preventive Medicine.

In the first effort to study the relationship between vaping and sexual health, researchers analyzed self-reported data from more than 13,000 men aged 20 and older surveyed in the national Population Assessment of Tobacco and Health Study.

Those who reported daily e-cig use were 2.2 times more likely to report having erectile dysfunction compared to men who had never vaped, regardless of their other risk factors.

In a smaller sample of men younger than 65 with normal BMIs and no history of cardiovascular disease, the trend persisted: vapers were 2.4 times more likely to experience ED compared to non-vapers.

While some may view vaping as a healthier alternative to cigarettes, consuming nicotine in excess will always come with risks, lead author Omar El Shahawy, MD, told Insider … read more.

Vaping Facts You Need to Know

Nicotine is a toxic substance

Nicotine is the primary agent in both regular cigarettes and e-cigarettes, and it is highly addictive. It causes you to crave a smoke and suffer withdrawal symptoms if you ignore the craving.

Nicotine is also a toxic substance. It raises your blood pressure and spikes your adrenaline, which increases your heart rate and the likelihood of having a heart attack.

Is vaping bad for you? There are many unknowns about vaping, including what chemicals make up the vapor and how they affect physical health over the long term. “People need to understand that e-cigarettes are potentially dangerous to your health,” says Blaha.

“Emerging data suggests links to chronic lung disease and asthma, and associations between dual use of e-cigarettes and smoking with cardiovascular disease. You’re exposing yourself to all kinds of chemicals that we don’t yet understand and that are probably not safe.”

Both e-cigarettes and regular cigarettes contain nicotine, which research suggests may be as addictive as heroin and cocaine.

What’s worse, says Blaha, many e-cigarette users get even more nicotine than they would from a tobacco product — you can buy extra-strength cartridges, which have a higher concentration of nicotine, or you can increase the e-cigarette’s voltage to get a greater hit of the substance … READ MORE.