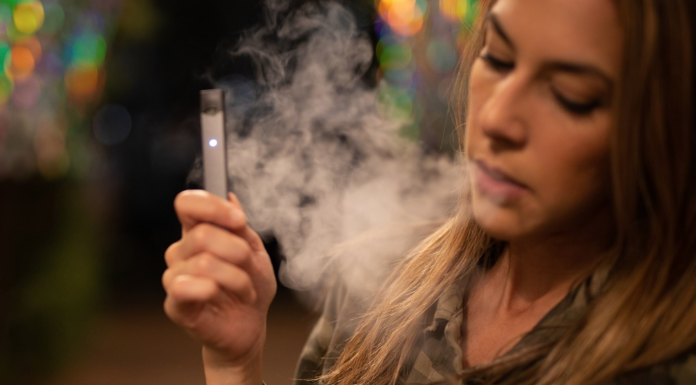 BLOOMBERG – Marlboro-maker Altria Group Inc. wants to enlist an unlikely partner in convincing Americans that nicotine isn’t as bad as they think—its regulator.

The company asked the U.S. Food and Drug Administration to tackle misperceptions about nicotine as part of a proposed $100 million advertising campaign to reduce the harm caused by tobacco, according to a letter seen by Bloomberg News.

That could be difficult with about three-fourths of U.S. adults incorrectly believing nicotine causes cancer, Altria said in the communication, citing government research.

Clearing up the drug’s health risks will be key to the agency reducing smoking because it will help convince cigarette users to switch to non-combustible options for nicotine, the company said.

While there are at least 60 well-established carcinogens in cigarette smoke, it’s been known for years that nicotine isn’t the direct cause of many of smoking’s ills. The drug has even been touted as a way to ease tension and sharpen the mind.

But nicotine is the ingredient that addicts people to tobacco products, and it has risks, including possibly making people more susceptible to abusing opioids, according to The National Institute on Drug Abuse, a government agency.

The FDA “should commit resources and expertise to correct the deeply entrenched public misperceptions regarding the health risks of nicotine,” Paige Magness, Altria’s senior vice president of regulatory affairs, said in the letter dated Feb. 25.

Such a campaign would help the agency by getting more smokers to use non-combustible offerings that “may present lower health risk,” according to the letter.

The stakes are high for Altria. The company still generates 86% of its $20.8 billion in annual revenue from cigarettes and cigars.

With that heavily regulated market slowing, the company’s mantra has become what it calls “moving beyond smoking” …

[Here’s a thought, how about moving beyond nicotine and other addictive substances? – HH]

MAYO CLINIC – Nicotine dependence occurs when you need nicotine and can’t stop using it. Nicotine is the chemical in tobacco that makes it hard to quit.

Nicotine produces pleasing effects in your brain, but these effects are temporary. So you reach for another cigarette.

The more you smoke, the more nicotine you need to feel good. When you try to stop, you experience unpleasant mental and physical changes. These are symptoms of nicotine withdrawal.

Regardless of how long you’ve smoked, stopping can improve your health. It isn’t easy but you can break your dependence on nicotine. Many effective treatments are available. Ask your doctor for help.

For some people, using any amount of tobacco can quickly lead to nicotine dependence. Signs that you may be addicted include:

When to see a doctor

You’re not alone if you’ve tried to stop smoking but haven’t been able to stop for good. Most smokers make many attempts to stop smoking before they achieve stable, long-term abstinence from smoking.

You’re more likely to stop for good if you follow a treatment plan that addresses both the physical and the behavioral aspects of nicotine dependence.

Using medications and working with a counselor specially trained to help people stop smoking (a tobacco treatment specialist) will significantly boost your chances of success.

Ask your health care team to help you develop a treatment plan that works for you or to advise you on where to get help to stop smoking. Source. | Request an Appointment at Mayo Clinic