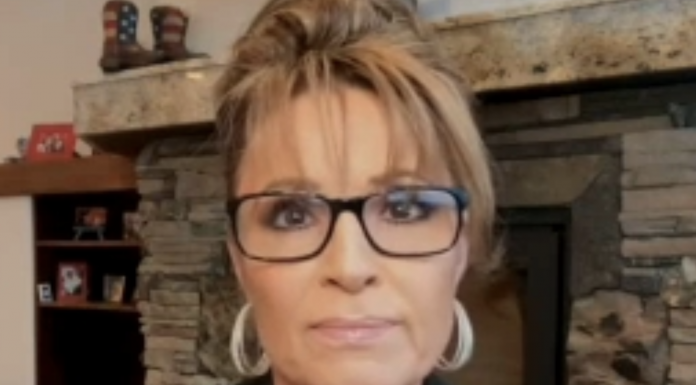 ANCHORAGE, Alaska (AP) — Former Alaska Gov. Sarah Palin says she tested positive for COVID-19 and is urging people to take steps to guard against the coronavirus, such as wearing masks in public.

“Through it all, I view wearing that cumbersome mask indoors in a crowd as not only allowing the newfound luxury of being incognito, but trust it’s better than doing nothing to slow the spread.”

“And history will show we Masked Singer visitors were masked before being masked was cool.”

Her statement refers to the TV show on which she once appeared.

She said her case shows “anyone can catch this.”

“I strongly encourage everyone to use common sense to avoid spreading this and every other virus out there,” Palin said, in urging vigilance but not fear.

She said she also advised “reprioritizing some personal time and resources to ensure as healthy a lifestyle as you can create so when viruses do hit, you have at least some armor to fight it.”

See the celebrities who are getting the COVID-19 vaccine: ‘Take care of yourself and others’

ENTERTAINMENT WEEKLY – Some of Hollywood’s biggest stars are encouraging others to get vaccinated. Here, EW takes a look at which famous faces have gotten coronavirus vaccines so far.

Joan Jett
Legends being legends. The “I Love Rock ‘N Roll” singer shared with her followers on March 11 that she had received the first round of her vaccinations.

Dolly Parton
Country music legend and all-around icon of decency Dolly Parton previously said she would wait a bit to get vaccinated, but her turn has apparently rolled around at last. On March 2, Parton posted a photo of herself getting the vaccine on social media, writing, “Dolly gets a dose of her own medicine” — a reference to the fact that she donated $1 million toward vaccine development at Nashville’s Vanderbilt University last year. Good things come to those who wait.

Paul Stanley
Paul Stanley is very happy to be fully vaccinated. The Kiss rocker shared with his Twitter followers that he received his second dose of the vaccine on Feb. 16. “So grateful and THRILLED. PLEASE, let’s ALL stay safe as possible and continue to watch out for each other,” he wrote.

Patrick Stewart
Patrick Stewart shared a video of his experience on his Instagram account Jan. 22. In it, he receives the shot and thanks the health care worker who gave it to him, telling her she’s “doing a great job.” According to the actor, he waited in line for four hours to get his shot, but he said it was worth the wait. “In my 80th year, I am grateful and hopeful for better days ahead,” he wrote in his post.

Arnold Schwarzenegger
Actor and former governor of California Arnold Schwarzenegger reprised one of his most famous roles in his vaccine video, which he shared on social media Jan. 20. After he gets the shot, he encourages viewers to get theirs and quotes his Terminator character in the process. “Come with me if you want to live,” he says. Read more.