Mafia Boss Who Survived 20 Years In Prison Dies Of Virus 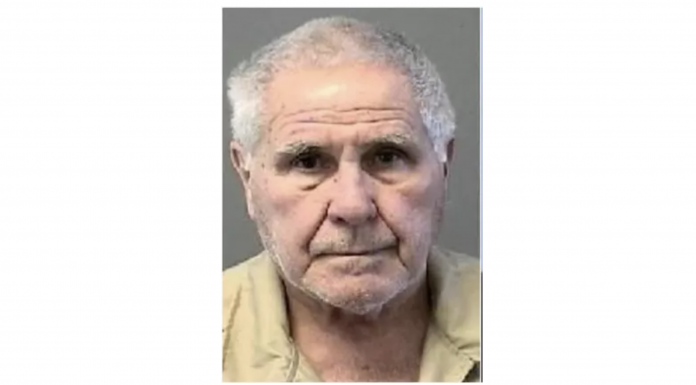 RIP Matthew Madonna; refused to be a ‘rat’

[Meanwhile, another reputed mobster has been released from prison in order to avoid the virus; story below.]

In 1959, while serving a sentence at the Green Haven Correctional Facility in Upstate New York, Madonna became acquainted with Nicky Barnes, a young drug dealer from Harlem.

After their release from prison, Madonna started supplying large quantities of heroin to Barnes.

Madonna would drop off a car with a trunk full of heroin at a Manhattan parking lot.

“Madonna refused to testify, even after being granted immunity … “

Barnes would pick up the heroin later and exchange it for cash.

A few days later, Madonna would return to pick up the car with the cash. Madonna and Barnes continued this arrangement until 1975, when Madonna was arrested for drug trafficking.

In December 1981, while still in prison, Madonna received a summons to testify before a grand jury about narcotics activity in the New York area.

In two appearances before the grand jury, Madonna refused to testify, even after being granted immunity from self-incrimination. The judge finally held Madonna in contempt of court. Madonna received an extra 528 days added to his sentence.

In 1995, after serving 20 years in prison, Madonna was released from Lewisburg Federal Penitentiary. Around 1998, Madonna was inducted into the Lucchese crime family as a reward for his silence and to assist his return to earning money for the family.

Shortly thereafter, Madonna became a capo. Madonna was sent to prison again, but released on September 22, 2003.

After the convictions of family leaders Steven Crea, Louis Daidone, Dominic Truscello and the cooperation of former acting boss Joseph DeFede, the Luccheses established a three-man ruling panel to govern the family.

Madonna, along with Aniello Migliore and Joseph DiNapoli headed the panel.[7] After the release of Crea from prison, the panel was disbanded so that Crea could take over the family.

On December 18, 2007, New Jersey law enforcement arrested Madonna and 32 other members and associates of the Lucchese family.

The scheme involved collecting bets from gamblers on basketball, football, greyhound races and the lottery. The mob collected bets over the Internet and by phone from a location in Costa Rica, with help from Joseph Mancino, a long time senior of the Gambino Crime Family “La Cosa Nostra” never have been indicted of any charges.

In 2008, the Village Voice reported that Madonna was an employee of Big Geyser, Inc., New York’s largest distributor of health beverages. It was speculated that this was a no-show job for Madonna.

On October 1, 2009 Madonna was indicted along with Joseph DiNapoli and 27 others in a large racketeering scheme. The indictment stated that Madonna was a key player in a vast operation that grossed approximately $400 million from illegal gambling, loansharking, gun trafficking and extortion.

A second part of the indictment charged that Madonna and other Lucchese mobsters ran a bribery scheme among New York City building inspectors.

On June 28, 2010, Madonna and the other defendants pleaded not guilty to all charges.[20] Madonna was granted bail while the trial was delayed. In 2013, Madonna along John Castellucci performed a secret initiation ceremony for John Pennisi in a basement of a Staten Island home.[21]

On June 17, 2015, Madonna agreed to pleading guilty to the 2007 indictment. In exchange he faced up to five years in prison.

In 2015, he also pleaded guilty to the 2009 case in exchange for a prison sentence of up to one to three years. He served both sentences concurrently.

Before his release date, Madonna and 18 others were charged on May 31, 2017 with a wide range of racketeering activities, including murder of Michael Meldish.

On November 15, 2019, Madonna, Crea, Christopher Londonio and Terrence Caldwell were convicted in White Plains federal court of executing the murder of Michael Meldish.

It is unclear whether Madonna died in prison. According to mafia.wikia.org, Madonna was most recently in federal custody awaiting sentencing on his November 15, 2019 conviction of executing the murder of Michael Meldish, a longtime organized crime associate who owed him over $100,000.

On May 15, 2019, Matthew Madonna was listed by NJ.com as one of the ten oldest prisoners in the state of New Jersey:

Matthew Madonna, an alleged ruling member of the Lucchese crime family, was locked up in Sept. 2015 for his role in an international criminal gambling enterprise that saw $2.2 billion in bets through password-protected websites and a Costa Rican wire room. He pleaded guilty to racketeering and was sentenced to 5 years. The 82-year-old is eligible for parole in June 2018.

Goodfellas mobster, 85, who was acquitted of masterminding the 1978 Lufthansa heist – but convicted on road rage arson charges -is released from jail due to virus fears

Daily Mail – A reputed mobster whose legendary airport robbery was recounted in the movie ‘Goodfellas’ has been released over fears he could contract coronavirus while serving his eight-year prison sentence.

But on Friday, he was granted compassionate release from prison over concerns he could possibly die should he catch the contagious disease.

Asaro suffered a stroke last year which potentially would place him at risk of COVID-19.

‘If Asaro were to contract COVID-19, given his age and current state, it is not unlikely that the consequences would be dire,’ Brooklyn federal Judge Allyne Ross wrote in a 16-page ruling … Read more.