Karma Is A Bitch: Man Falls Off Cliff After Shooting 2 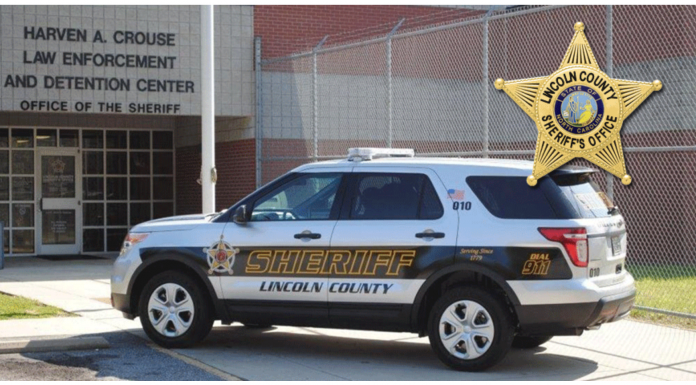 WSOC – Lincoln Co., NC – A woman and her daughter are in the hospital after authorities said a man shot them both in the back during a domestic dispute Wednesday night inside a home in Lincoln County.

Deputies were called just before midnight to a house just north of Lincolnton.

The first officers on the scene found 33-year-old Taylor Whitaker lying on the kitchen floor with several gunshot wounds to the back.

Nearby was Whitaker’s 7-year-old daughter, who had been shot once in the back, deputies said.

Paramedics took them both to Atrium Health in Charlotte. No update on their conditions has been released.

Investigators said the shooter, 27-year-old Paul Lamkin Jr., ran off into the woods before deputies arrived.

Authorities were searching for him in the woods off Horseshoe Lake Road when they heard him calling for help.

A short time later, deputies found Lamkin. He had apparently fallen from a 50-foot cliff into a quarry and suffered serious injuries.

Deputies ordered Lamkin to drop a pistol he was holding, which he did. EMS crews then carried him out of the woods and took him to the hospital.

Lamkin has been charged with two felony counts of attempted first-degree murder and one felony count of discharging a weapon into an occupied dwelling.

He will be booked into jail once released from the hospital. Authorities said Lamkin was the woman’s boyfriend and the girl’s father. Source.

ALSO ON HEADLINE HEALTH TODAY: Bill Clinton’s Ties To Epstein: Q&A | Boy, 6, Mauled By ‘Loveable’ Pit Bull | Coronavirus Was NOT Engineered In A Lab. Here’s How We Know …