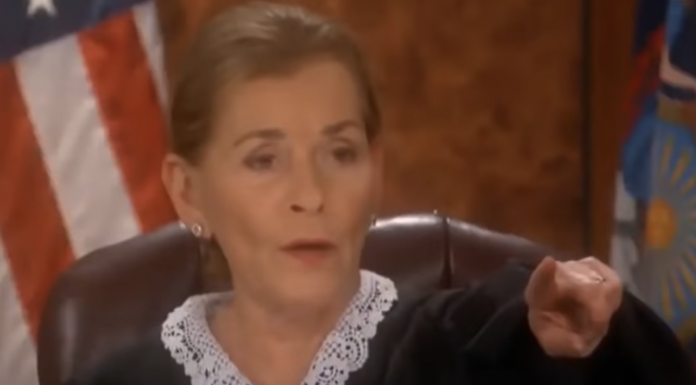 “I proceeded to lace into him about respecting other people.”

Fox News – Judge Judy Sheindlin, 78, revealed during an interview with the New York Post that she admonished a fan who was not wearing a mask in public amid the ongoing coronavirus pandemic.

The ordeal took place at a hair salon, where Sheindlin spotted a man indoors without a mask on. She recalled:

“I walked up to him and he looked at me and smiled. I was wearing my mask with my smock on and my hair was dripping wet. I said to him, ‘Do you like ‘Judge Judy?’

“He said, ‘Oh yes,’ and I said, ‘Not after today,’ and I proceeded to lace into him about respecting other people and how other people are minding you by wearing a mask.

“I said to him, ‘You must be some kind of narcissist or there’s something that I don’t see that makes you unique and special.’”

Known for her quick wit and sharp tongue on the show “Judge Judy” the magistrate said that she pulled her “own ‘Judge Judy’ on him.”

“He came back to where I was putting my hat on, with his mask on, and apologized,” Sheindlin said.

“Judge Judy,” one of daytime TV’s most popular shows, is winding down with its 25th and final season, “a great time to go,” as Sheindlin put it.

“A silver anniversary is a big deal,” she said. “Very few shows have made it this far — not only made it, but made it and stayed on top … ” Read more.