James Carville on Herschel Walker: Mental Patients Should Be In Treatment, Not In The U.S. Senate 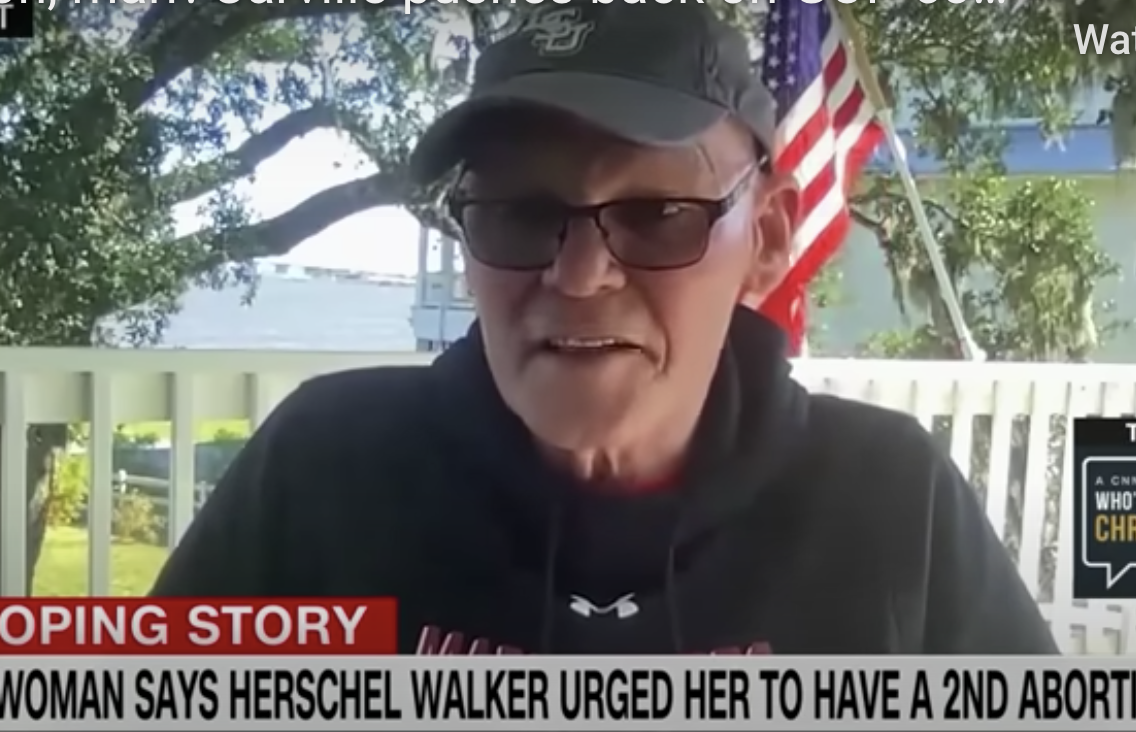 "I want to have sympathy for mental patients, we ought to give them drugs and treat them. They don't need to be in the United States Senate." – James Carville

Saturday on CNN, Democratic strategist James Carville commented on allegations that Republican Senate candidate Herschel Walker has a history of aborting and neglecting his own children:

He’s got four kids that he’s got nothing to do with and he’s being supported by so-called Christian evangelicals? Give me a break.

The massive and staggering amount of hypocrisy here is beyond belief. It’s not — abortion is bad enough. Just another Republican hypocrite …

This man neglects four children. Am I a flawed human being? Of course I am. You and everybody else, yes. Child neglect — and without asking for redemption, without reengaging with his children, denying that his children exist, trying to choke one of their mothers, putting a gun to the head of another mother, you’re going to tell me we’re all flawed human beings? …

Child neglect to me is unforgivable … It ought to be exposed …

And he [Newt Gingrich] says look, Herschel has mental issues, he would be a great senator.

Well, I want to have sympathy for mental patients, we ought to give them drugs and treat them. They don’t need to be in the United States Senate.