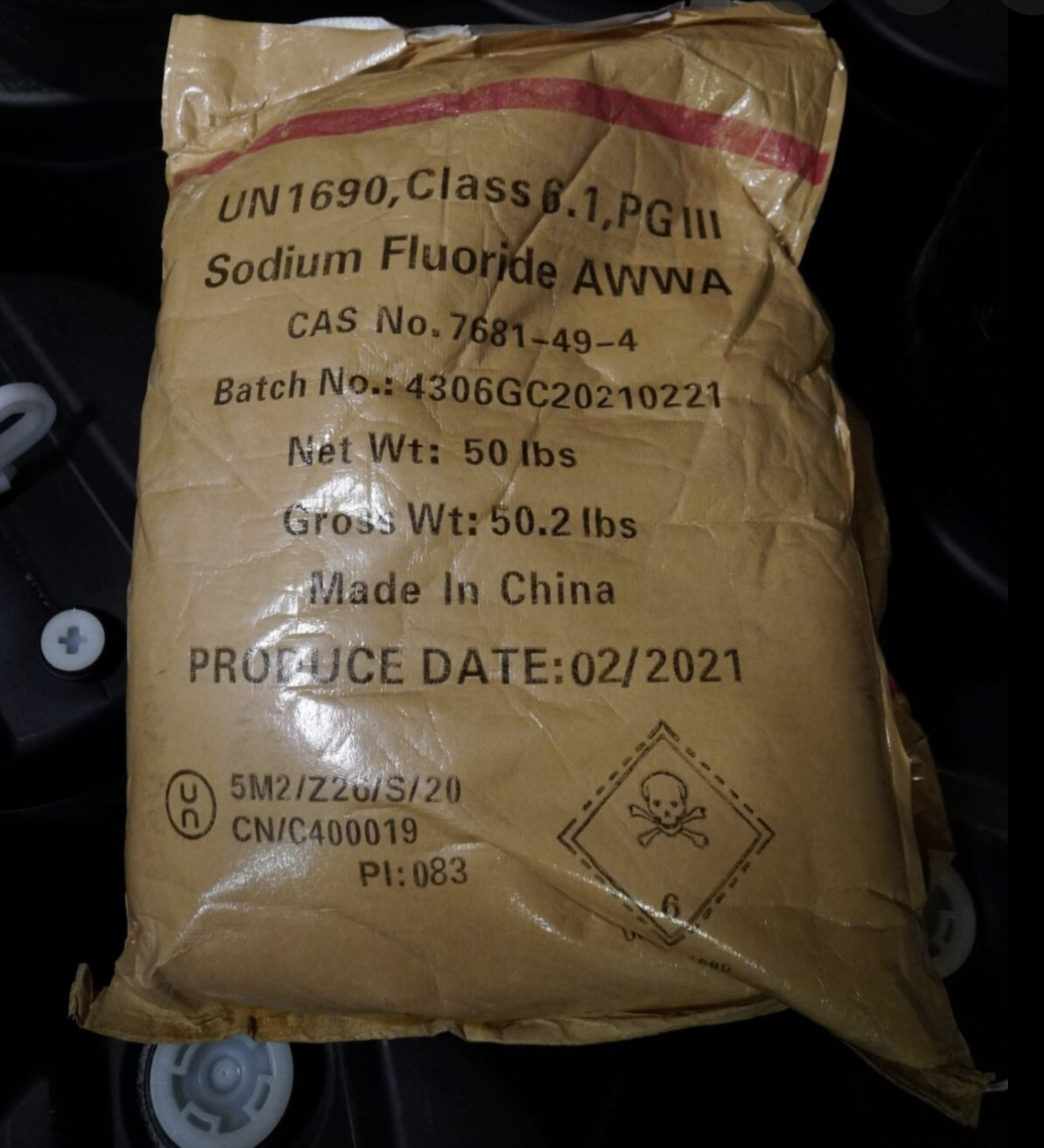 A own employee quietly lowered fluoride in water for years. One reason: the U.S. sources its fluoride from China ...

RICHMOND, Vt. (AP) — Residents of a small community in Vermont were blindsided last month by news that one official in their water department quietly lowered fluoride levels nearly four years ago, giving rise to worries about their children’s dental health and transparent government — and highlighting the enduring misinformation around water fluoridation.

Katie Mather, who lives in Richmond, a town of about 4,100 in northwestern Vermont, said at a water commission meeting this week that her dentist recently found her two kids’ first cavities. She acknowledged they eat a lot of sugar, but noted that her dentist recommended against supplemental fluoride because the town’s water should be doing the trick.

Her dentist “was operating and making professional recommendations based on state standards we all assumed were being met, which they were not,” Mather said. “It’s the fact that we didn’t have the opportunity to give our informed consent that gets to me.”

The addition of fluoride to public drinking water systems has been routine in communities across the United States since the 1940s and 1950s but still doesn’t sit well with some people, and many countries don’t fluoridate water for various reasons, including feasibility.

Critics argue that the health effects of fluoride aren’t fully known and that its addition to municipal water can amount to an unwanted medication; some communities in recent years have ended the practice. In 2015, the U.S. government lowered its recommended amount in drinking water after some children got too much of it, causing white splotches on their teeth.

While such splotches are primarily a cosmetic problem, the American Dental Association notes on its website that fluoride — along with life-giving substances including salt, iron and oxygen — can be toxic in large doses.

But in the recommended amounts, fluoride in water decreases cavities or tooth decay by about 25%, according to the U.S. Centers for Disease Control and Prevention, which reported in 2018 that 73% of the U.S. population was served by water systems with adequate fluoride to protect teeth. So for some people in Richmond, it was a shock to hear their water wasn’t meeting the standard.

Kendall Chamberlin, Richmond’s water and wastewater superintendent, told the Water and Sewer Commission in September that he reduced the fluoride level because of his concerns about changes to its sourcing and the recommended levels.

He said he worries about quality control in the fluoride used in U.S. drinking systems because it comes from China — an assertion that echoes unfounded reports about Chinese fluoride that have circulated online in recent years.

And, he said, he doesn’t think the state’s recommended level of fluoride is warranted right now.

“My duty is to take reasonable care and judgment for the protection of public health, safety and the environment of my customers,” he said, adding that “to err on the side of caution is not a bad position to be in.”

Chamberlin did not respond to an Associated Press email seeking comment.

Two of the three fluoride additives U.S. water systems can use do, in fact, come from China because they have no domestic manufacturers, but all are subject to stringent standards, testing and certification to ensure safety, CDC spokesperson Tracy Boehmer said in an email. Spokespeople for the Vermont Department of Health concurred that all additives must meet those national standards.

“For a single person to unilaterally make the decision that this public health benefit might not be warranted is inappropriate. I think it’s outrageous,” retired Dr. Allen Knowles said at the Sept. 19 meeting. He said he has an 8-month-old granddaughter he thought was getting adequately fluoridated water.

“Fluoride, again, is one of the most successful and important public health measures that has ever been undertaken in this country,” Knowles said. “The reduction in dental disease is just inarguable. You don’t establish safety based on one person’s opinion or one study or this or that.”

Most water naturally contains some fluoride, but typically not enough to prevent cavities.
The mineral was first added to public water in Grand Rapids, Michigan, in 1945. Now it’s commonplace, although more prevalent in some states than others; Oregon, New Jersey and Hawaii have the lowest percentage of residents with fluoridated water, according to the United Health Foundation.

Fluoride is also added to toothpaste and other topical products and is in some foods.
In sparsely populated and largely rural Vermont, 29 of the 465 public water systems voluntarily fluoridate, and just over half of residents served by a public system get fluoridated water, according to the Vermont Department of Health. The state’s standard level is based on federal recommendations.

Towns that fluoridate must maintain levels within the state’s recommendations and submit monthly reports to the state Health Department.

The state’s former fluoride program manager, who retired in 2019, had tried working with Chamberlin and his team in Richmond, “and things would improve for a while, but drop back down again,” Robin Miller, the director of the Office of Oral Health, wrote in an email to the AP.

Miller said she didn’t realize the town’s fluoride number had been consistently low for so long until March this year. After a site visit by the state in April, the levels did not improve, so Miller contacted the Richmond town manager in June, who requested she attend the meeting in September, she said.

At the second meeting Monday, the one at which Katie Mather raised concerns about her children’s teeth, Chamberlin — who doesn’t live in town and appeared online — read a statement of apology.

“Words cannot express how sorry I am for causing this controversy,” he said. “Believe me when I say I have always only had good intentions based on a misunderstanding. I promise I will make sure nothing like this ever happens again.”

A former Richmond employee who worked under Chamberlin pointed out the monthly report is reviewed by the town manager and goes to the state.

“It’s not just one guy doing what he wants. He’s bringing these reports to his boss, who signs them,” said Erik Bailey, now the village manager in Johnson.

Town Manager Josh Arneson said Chamberlin or other staffers always told him levels were acceptable. He said he first heard from the state in June about the consistently low levels.

The commission voted to return the water to full fluoridation. It’s not clear whether anyone could face professional repercussions; personnel issues were discussed in a closed session.