Ginsburg Obscured The Truth About Her Health: Politico 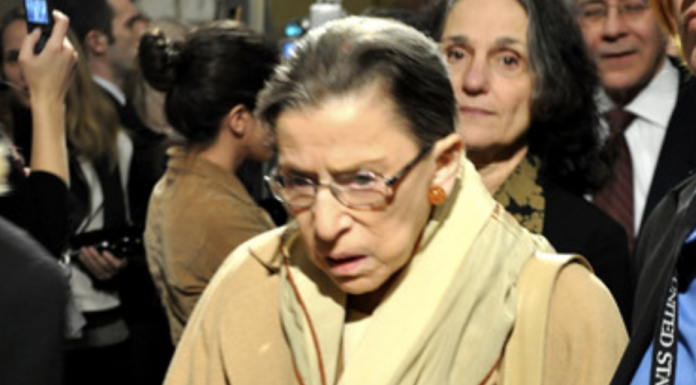 “The five month delay that preceded Ginsburg’s statement Friday was just the latest episode to prompt concern among courtwatchers that the justices are being too opaque about their health.”

With the court sharply divided on many pivotal issues, a health crisis on the part of one justice has the potential to upend Washington.

Politico – One Tuesday this past May, Justice Ruth Bader Ginsburg announced she was spending the night at the hospital.

The announcement sent the usual shivers down the spines of liberals across America, who, given Ginsburg’s advanced age and serial bouts with cancer, are stricken with fear each time word comes that she is facing yet another health scare while Republicans are in a position to name or control the Senate‘s approval of her successor.

The details accompanying the May announcement, however, offered considerable reassurance that no shift in the makeup of the often-polarized court was imminent.

While any trip to the hospital by an 87-year-old is cause for concern, according to the court’s news release, the problem was a minor one: The court’s much-celebrated liberal trailblazer had a gallstone.

Only months earlier, Ginsburg had declared herself “cancer free,” and the court’s statement emphasized that Ginsburg’s gallbladder condition was “benign” and the treatment she faced was “non-surgical.”

On Friday, however, Ginsburg confirmed that the May statement did more to obscure the truth about her health than to illuminate it.

It turns out that back in February, the justice got word that a regular “scan” found lesions on her liver. A biopsy appears to have confirmed that the growths were malignant cancer, as Ginsburg says she embarked on immunotherapy and then chemotherapy when the first treatment “proved unsuccessful … ” Read more.