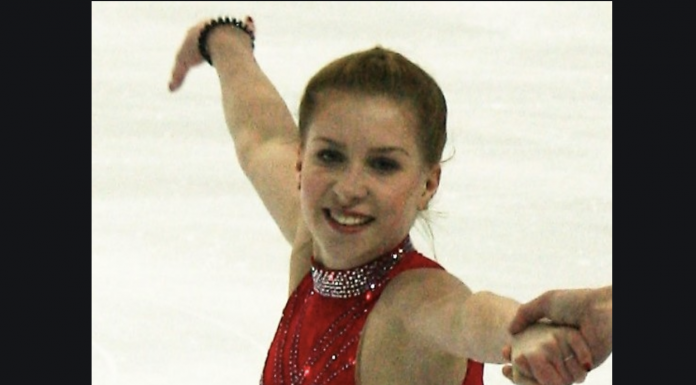 “Words can not describe how I feel right now, I am devastated and sick to my core about the sad and sudden passing of Katia.” – Skating partner Harley Windsor

Alexandrovskaya died in Moscow on Friday after falling from a sixth-floor window, according to her coach Andrei Khekalo.

Alexandrovskaya had quit figure skating after missing a training session in January and being diagnosed with epilepsy, according to Khekalo.

The coach also said she suffered from depression … Read more.

Robin Williams’ Suicide: Why He Did It

Alexandrovskaya was born on 1 January 2000 in Moscow. Her father died in 2015. She became an Australian citizen in October 2017. Alexandrovskaya struggled with depression and began treatment for epilepsy in January 2020.

Responding to a query from Australian-based coaches Andrei and Galina Pachin, her coach Nina Mozer suggested a tryout between Alexandrovskaya and Harley Windsor in Moscow. Windsor became the first indigenous Australian to compete in the Olympics.

The two began skating together in December 2015.[8] Observing the tryout, the coaches believed that the skaters would make a good match due to similar technique and body types.

Alexandrovskaya was released by Russia after a request from the Australian skating association, with help from Mozer.

During the season, Alexandrovskaya/Windsor were coached by the Pachins in Sydney and by Andrei Hekalo and Nina Mozer in Moscow.

Their international debut came in early September 2016 at the Junior Grand Prix (JGP) in Ostrava, Czech Republic. Ranked 6th in the short program and 9th in the free skate, the pair finished 8th overall.

Later that month, the two competed at a JGP event in Tallinn, Estonia. They were awarded the gold medal ahead of three Russian pairs after placing third in the short and first in the free. They finished as the first substitutes for the JGP Final in Marseille, France.

Alexandrovskaya/Windsor made their senior debut in October 2016 at a Challenger Series event, the Finlandia Trophy; they placed sixth and obtained the minimum technical scores to compete at senior-level ISU Championships.

In December, the pair placed 5th in France at the JGP Final, to which they were called up as replacements for Russia’s Ekaterina Borisova / Dmitry Sopot. Windsor tore his patella tendon in January 2017.

The following month, the pair placed 11th at the 2017 Four Continents Championships in Gangneung, South Korea.

In March the same year, Alexandrovskaya/Windsor competed at the 2017 World Junior Championships in Taipei, Taiwan. Ranked third in the short program and second in the free skate, they finished first overall, outscoring the silver medallists, Aleksandra Boikova / Dmitrii Kozlovskii of Russia, by 2.05 points.

They became the first skaters representing Australia to win gold at one of the ISU Figure Skating Championships and the first to finish on a podium at Junior Worlds since 1976, when Elizabeth Cain / Peter Cain took the pairs’ bronze medal.

A couple of weeks later, the pair competed at the senior-level World Championships, which took place in Helsinki, Finland. They qualified to the free skate and went on to finish 16th.

In early September, Alexandrovskaya/Windsor finished fourth at the 2017 JGP in Riga, Latvia. Later in the month, they competed at the 2017 CS Nebelhorn Trophy, the final qualifying opportunity for the 2018 Winter Olympics.

Ranked fourth in the short program and third in the free skate, they won their first senior international medal, bronze.

Their result also allowed them to become the first Australian pair skaters to compete at the Olympics since Danielle Carr / Stephen Carr’s appearance at the 1998 Winter Olympics.

In October, Alexandrovskaya/Windsor placed first in both segments at the JGP event in Gdańsk, Poland; they were awarded the gold medal and qualified for the JGP Final in Nagoya, Japan. In December, they won gold at the final, becoming the first Australian champions in the event’s history.[1

In January, Alexandrovskaya/Windsor finished 6th overall at the 2018 Four Continents Championships in Taipei, Taiwan. They were awarded a small silver medal for their performance in the short program.

In February, the two represented Australia at the 2018 Winter Olympics in Pyeongchang, South Korea.[20] Ranked 18th in the short program, they were not among the 16 pairs who advanced to the free skate.

They were more successful at the 2018 World Championships in Milan, Italy, placing 15th in the short program and 16th overall.

Alexandrovskaya/Windsor moved to Montreal to train with coaches Richard Gauthier and Bruno Marcotte.

Despite beginning the season with a bronze medal at the 2018 CS U.S. Classic, the move was overall not a success, and both struggled with health and fitness concerns.

They finished sixth at the 2018 CS Nebelhorn Trophy, and then made their senior Grand Prix debut, finishing seventh of eight teams at both 2018 Skate Canada International and 2018 Rostelecom Cup.

Windsor developed a chronic foot inflammation that compelled them to miss both the Four Continents and World Championships.

After their unsuccessful season, Alexandrovskaya/Windsor moved back to Sydney, and were joined there by former coach Andrei Khekalo. After months of experimentation, a solution was found for Windsor’s foot inflammation that allowed them to resume training on ice.

Alexandrovskaya/Windsor placed ninth at the 2019 CS Nebelhorn Trophy, and then finished seventh at the 2019 Skate America, their lone Grand Prix assignment.

They withdrew from that competition also, and Windsor announced that they had split due to Alexandrovskaya retiring because of health issues.

It was subsequently reported by coach Khekalo that Alexandrovskaya had suffered an epileptic seizure in early January that prompted her retirement.

On 17 July 2020, Alexandrovskaya died after falling out of a window in Moscow, a suspected suicide.