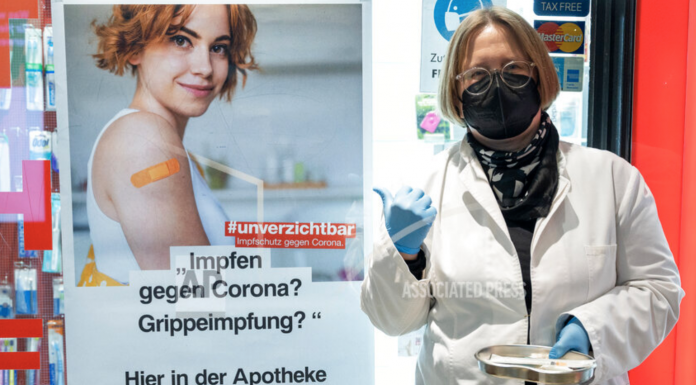 BERLIN (AP) — The German government is working on plans to relax coronavirus restrictions after the peak in new cases has passed, likely by the end of February.

Unlike some of its European neighbors, Germany still has many pandemic restrictions in place that exclude unvaccinated people from restaurants, public venues and some stores.

She said the measures would be discussed at a meeting of federal and state officials on Feb. 16, but would only take effect when authorities can be sure that Germany’s health system won’t be overwhelmed.

“According to experts, that could be by mid-to-end February,” she said.

Germany has seen a sharp spike in newly confirmed cases in recent weeks due to the omicron variant.

Pharmacists in the country are scheduled to begin offering vaccinations Tuesday, after parliament changed the rules so that they, dentists and vets could also administer the shoots.

About 74.4 % of the German population is fully vaccinated against COVID-19, while 54.3% have additionally had a booster shot.