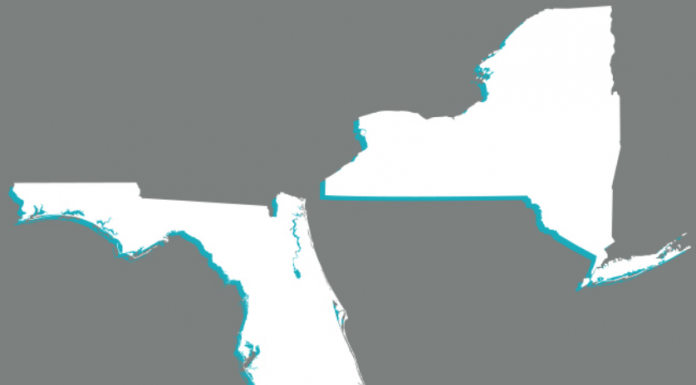 "As the media fawns over Cuomo and attacks DeSantis, people are fleeing New York and flocking to Florida." | OPINION

TOWN HALL – Where would you rather live, Florida or New York?

It’s a simple question with a basic, easy answer: Florida.

But liberal elites hate the Sunshine State and love the Empire State, so the pictures being painted in the media of the two states are unrecognizable.

Florida has about 2 million more people than New York, 21.5 million to 19.5 million, yet it has no state income tax.

Someone making a good living in New York City is forced to cough up almost 12.7 percent of their income to local governments, in addition to what they have to send the federal government. Why would anyone voluntarily do that?

It’s hard to feel badly for them, they elect Democrats, so it’s a little like feeling badly for someone complaining of a headache while they bang their head against a wall. They bought the ticket, they have to take the ride.

Still, it’s not just taxes, or even crime, it’s quality of life and life itself.

New York has been a disaster when it comes to the COVID pandemic.

Governor Andrew Cuomo has overseen more deaths than most countries, and is directly responsible for most of them. His order that nursing homes had to take in COVID positive patients was not only deadly, it was unnecessary …

If you wrote the story of how Florida and New York have been covered by the media as fiction, your editor would reject the manuscript for being too ridiculous to be believed, yet that’s where we are.

Ultimately, the truth is in the numbers. As the media fawns over Cuomo and attacks DeSantis, people are fleeing New York and flocking to Florida. There’s your answer.

We just need to hope the people fleeing realize they’re ultimately not running away from where they lived but what they voted for.