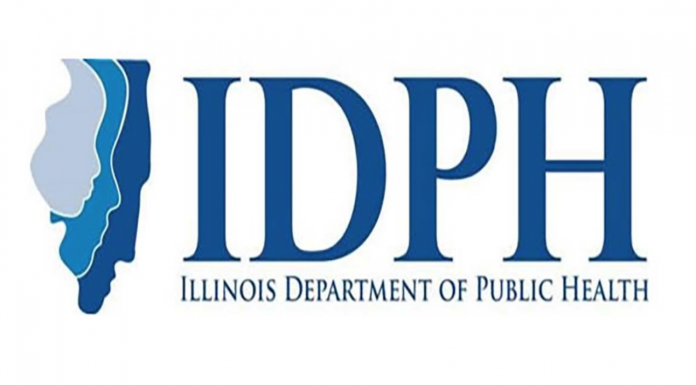 Advocates for immigrants expect Illinois' move will inspire other states to do the same.

Kaiser Health News – As a nurse manager for one of Chicago’s busiest safety-net hospitals, Raquel Prendkowski has witnessed covid-19’s devastating toll on many of the city’s most vulnerable residents — including people who lack health insurance because of their immigration status. Some come in so sick they go right to intensive care. Some don’t survive.

“We’re in a bad dream all the time,” she said during a recent day treating coronavirus patients at Mount Sinai Hospital, which was founded in the early 20th century to care for the city’s poorest immigrants. “I can’t wait to wake up from this.”

Prendkowski believes some of the death and suffering could have been avoided if more of these people had regular treatment for the types of chronic conditions — asthma, diabetes, heart disease — that can worsen covid. She now sees a new reason for hope.

Amid a deadly virus outbreak that has disproportionately stricken Latino communities, Illinois recently became the first state to provide public health insurance to all low-income noncitizen seniors, even if they’re in the country illegally.

Advocates for immigrants expect it will inspire other states to do the same, building on efforts to cover undocumented children and young adults. Currently, Democratic legislators in California are pushing to expand coverage to all low-income undocumented immigrants there.

“The fact that we’re going to do this during the pandemic really shows our commitment to expansion and broadening health care access. It’s an amazing first step in the door,” said Graciela Guzmán, campaign director for Healthy Illinois, a group that advocates for universal coverage.

Undocumented immigrants without health insurance often skip care. That was the case for Victoria Hernandez, 68, a house cleaner who lives in West Chicago, a suburb.

The Mexico City native said she had avoided going to the doctor because she didn’t have coverage. Eventually, she found a charity program to help her get treatment, including for her prediabetes. She said she intends to enroll in the new state plan.

“I’m very thankful for the new program,” she said through a translator who works for the DuPage Health Coalition, a nonprofit that coordinates charity care for the uninsured in DuPage County, the state’s second-most populous. “I know it will help a lot of people like me.”

But the legislature opted instead for a smaller program that covers people 65 and older who are undocumented or have been legal permanent residents, also known as green card holders, for less than five years. (These groups don’t typically qualify for government health insurance.)

Participants must have an income at or below the federal poverty level, which is $12,670 for an individual or $17,240 for a couple. It covers services like hospital and doctor visits, prescription drugs, and dental and vision care (though not stays in nursing facilities), at no cost to the patient.

Illinois was the first state to cover children’s care — a handful of states and the District of Columbia have since followed suit — and organ transplants for unauthorized immigrants.

In 2019, California became the first to offer public coverage to adults in the country illegally when it opened eligibility for its Medi-Cal program to all low-income residents under age 26.

Under federal law, undocumented people are generally not eligible for Medicare, nonemergency Medicaid and the Affordable Care Act’s health insurance marketplace. The states that do cover this population get around that by using only state funds.

An estimated 3,986 undocumented seniors live in Illinois, according to a study by Rush University Medical Center and the Chicago demographer group Rob Paral & Associates — but that number is expected to grow to 55,144 by 2030. The report also found that 16% of Illinois immigrants 55 or older live in poverty, compared with 11% of the native-born population.

Given the outgoing Trump administration’s crackdown on immigration, some advocates worry that people will be afraid to enroll in the insurance because it could affect their ability to obtain residency or citizenship. Andrea Kovach, senior attorney for health care justice at the Shriver Center on Poverty Law in Chicago, said she and others are working to assure immigrants they don’t need to worry.

Because the new program is state-funded, federal guidance suggests it is not subject to the “public charge” rule designed to keep out immigrants who might end up on public assistance.

“Illinois has a legacy of being a very welcoming state and protecting immigrants’ privacy,” Kovach said.

The Illinois policy is initially expected to cover 4,200 to 4,600 immigrant seniors, at an approximate cost of $46 million to $50 million a year, according to John Hoffman, a spokesperson for the Illinois Department of Healthcare and Family Services. Most of them would likely be undocumented.

Some Republicans criticized the coverage expansion, saying it was reckless at a time when Illinois’ finances are being shredded by the pandemic. The Illinois Republican Party deemed it “free healthcare for illegal immigrants.”

But proponents contend that many unauthorized immigrants pay taxes without being eligible for programs like Medicare and Medicaid, and that spending on preventive care saves money in the long run by cutting down on more expensive treatment for emergencies.

State Rep. Delia Ramirez, a Chicago Democrat who helped shepherd the legislation, advocated for a more expansive plan. She was inspired by her uncle, a 64-year-old immigrant who has asthma, diabetes and high blood pressure but no insurance. He has been working in the country for four decades.

She wanted the policy to apply to people 55 and older, since the vast majority of those who are undocumented are not seniors (she noted that a lot of older immigrants — 2.7 million, according to government estimates — obtained legal status under the 1986 federal amnesty law).

The real impact of this plan will likely be felt in years to come. At Esperanza Health Centers, one of Chicago’s largest providers of health care to immigrants, 31% of patients 65 and older lack coverage, compared with 47% of those 60 to 64, according to Jeffrey McInnes, who oversees patient access there.

Ramirez said her uncle called her after seeing news of the legislation on Spanish-language TV.

“And I said to him, ‘Tío, not yet. But when you turn 65, you’ll finally have health care, if we still can’t help you legalize,’” Ramirez recalled, choking up during a recent phone interview.

“So it is a reminder to me that, one, it was a major victory for us and it has meant life or a second chance at life for many people,” she said. “But it is also a reminder to me that we still have a long way to go in making health care truly a human right in the state and, furthermore, the nation.”