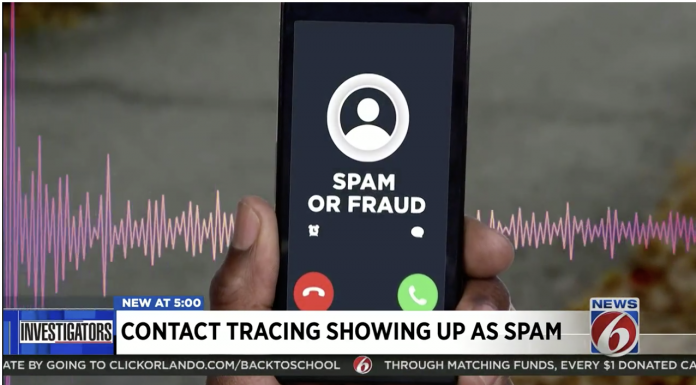 Out of state contractor says issue is fixed |

WKMG ClickOrlando – The calls from a company hired by the state of Florida to provide contact tracing showed up as potential spam.

Marytza Sanz says she had COVID-19 and no one from the state ever reached out to inquire about her close contacts.

“I have never been contacted. Nobody ever called me. I didn’t even know that existed,” Sanz said.

She also says she doesn’t answer calls that show up on her phone as potential spam.

“I don’t want to even bother,” she said.

However, those calls could have been coming from state contact tracers.

Florida State Sen. Lori Berman (Boynton Beach-D) said some of her constituents answered the call but worried others would not.

“We heard it from various people who said that they got calls on their phone and it came through as spam,” Berman said. “So we started hearing that people were not responding at all to their phone calls.”

News 6 traced the origin of the calls to a company called Maximus.

In May, the Florida Department of Health entered a $6.2 million contract with Maximus for COVID-19 contact tracing, according to a state database.

In August, the state added two more contracts — one for $49.9 million and another for $13.8 million.

Lisa Miles, a company spokesperson, said in a statement that the problem has been corrected.

“Maximus worked with each of the telephone providers to have the number whitelisted,” according to the statement.

“When a citizen receives a phone call from Maximus, the caller ID should identify the call as the FL DOH 833-917-2880,” according to the statement … Read more.

Why Covid Is Worst In Florida

ALSO ON HEADLINE HEALTH TODAY: Pelosi Decides Rules Simply Don’t Apply To Her | Facebook Targets Covid Hoaxes | Covid Got You Down? You Have Lots Of Company (Try These Foods)