Don’t Let Your Father’s Day End In A Trip To The ER, Or Worse 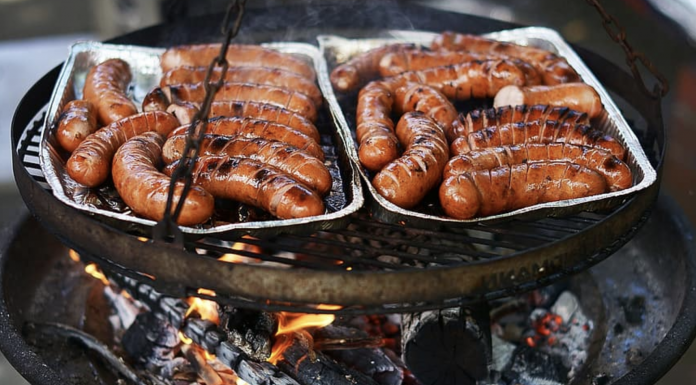 “Only 23 days after he became infected with E.coli … Riley died from a massive brain hemorrhage and multiple organ failure.”

Food Safety News – Warmer weather is here and with it comes summer holidays and opportunities to eat together. In June, we celebrate the fathers and father figures that raised us.

Stop Foodborne Illness wants fathers everywhere to know that whether you’re working the grill, preparing the salad, or pouring a refreshing drink, being food safe is as important as making sure everything tastes great.

Foodborne illness can really wreck a party, so we’re asking dads everywhere to brush up on their food safety knowledge.

“It can happen to anyone. We are all susceptible to the dangerous foodborne pathogens that cause 3,000 people to die each year with another 128,000 hospitalized. Many continue to suffer from on-going consequences including heart disease, diabetes, gastrointestinal and stress disorders long after their illness is over.”

On our website, Stop Foodborne Illness features an honor wall, where we share the stories behind the statistics. You can read first-hand accounts of both survivors and those that succumbed to foodborne illness, including the following two stories:

Ken
Lives can be forever altered by the sudden and confusing experience of foodborne illness. Thankfully, this father lived to tell the tale. In 2011, Ken was handling raw hamburger meat, making dinner for himself and some friends. After two days of continuous vomiting and diarrhea, Ken noticed blood in his stools.

At the urging of his doctor, Ken immediately went to the ER, where he was given three liters of IV fluids, and the doctors ran some tests. Two days later, the hospital had results: Salmonella. Ken was prescribed a week of antibiotics, which began his slow recovery.

With help from the Maine Center for Disease Control and the 13 other cases that had arisen in nearby states, Ken determined the origin of the infection. It was a three-pound bag of ground beef, of which he had handled and cooked only one pound.

“I know we’re all here for a limited time, so I was never afraid of dying. My kids have seen me go through a lot. I keep a positive attitude to show them how to keep your balance, even through adversity. I’ve always taught them to live each day the best they can.” Ken’s children have seen him battle a monster.

But, “I am still here,” he says, “and I still have the opportunity to live and put a smile on people’s faces.” Ken believes that when we come together to help one another, that’s when life is best. “My children are living happy and successful lives, and I’d like to think I had a hand in that.”

Despite the trauma he experienced, he is determined to keep a balanced life and pass on a message of positivity and perseverance.

Riley
Riley was 16 months old in 1993, when an E. coli outbreak dominated the news in the Pacific Northwest. Because Riley had never eaten hamburger and wouldn’t anytime soon, his dad was more concerned about his nine-year-old brother.

That did not matter, however, as Riley became ill not from directly eating food contaminated with a foodborne pathogen, but because of person-to-person contamination — from another child in his daycare who was sick with E. coli.

Only 23 days after he became infected with E.coli and later developed HUS – requiring dialysis, exploratory surgery removing a large part of his intestines, and being placed in a medically induced coma — Riley died from a massive brain hemorrhage and multiple organ failure.

“Seeing two men carrying my young son in a white coffin on a cold February morning is an image that is forever burned into my memory. That coffin was far smaller than a coffin should ever be,” says Darin, Riley’s father.

After Riley passed, Darin refused to let his son’s death be in vain.

He became an advocate for food safety, along with parents like himself, helping the government make food safer. Over the next five years, Darin was speaking, writing, and working as a consultant to the USDA’s Pathogen Reduction Program. This experience led him, when he started teaching high school history, math and science, to bring this message with him.

During his teaching years, he was certified by the FDA as a Food Science Educator and presented before legislators, industry, national organizations, and consulted with and was featured in numerous print and broadcast media. After 15 years of classroom teaching, Darin left his job and moved to the East Coast to pursue his desire to work in some capacity to prevent others from suffering from foodborne illness.

For two years, he was the senior policy coordinator for Stop Foodborne Illness. Meanwhile, he conducted and defended his doctoral research on states’ ability to implement federal food policies. Today, he is a professor of food policy, lead faculty of a regulatory affairs of a graduate program in food, and an assistant dean at Northeastern University in Boston, MA.

And he is the author of two recently published books, “Food Safety: Past, Present, and Predictions” and “Building the Future of Food Safety Technology: Blockchain and Beyond.”

Darin believes that focusing one’s energy solely on the failures in the past is neither healthy nor sustainable. He says, “Supporting and inspiring those who act to prevent future failures can bring about immeasurable rewards. Our world needs these voices and their passion to help inspire the changes we all need. My drive has been to create a future where fewer families live with a chair forever empty at the dinner table.”

“I lost my son, yes. But my son did not lose his father.”

By focusing on inspiring the future generations of food safety heroes, Darin finds incredible fulfillment, but, more importantly, he also finds peace in those opportunities to still be a father to his son.

About the organization: Based in Chicago, Stop Foodborne Illness is a national nonprofit public health organization whose mission is to support and engage people directly impacted by foodborne illness and mobilize them to help prevent illness and death by driving change through advocacy, collaboration, and innovation. https://stopfoodborneillness.org/