Burmese Pythons Beware, Ron DeSantis Is Coming for You 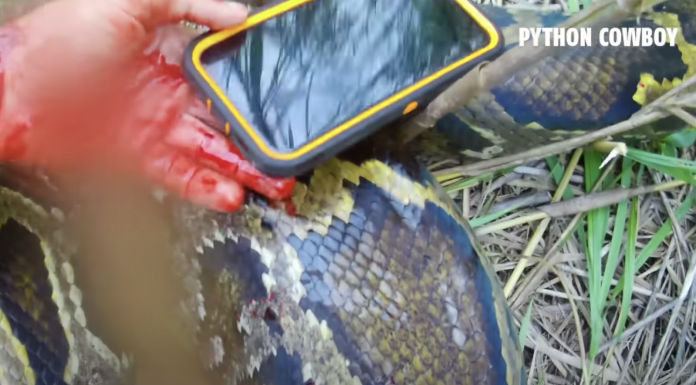 Burmese pythons were brought to Florida in the 1980s and 1990s as exotic pets. It is thought they gained a foothold in the Everglades after either escaping or being set free by their owners.

Their spread is also thought to have been facilitated by Hurricane Andrew in 1992—the storm saw a Burmese python breeding facility destroyed, releasing hundreds of individuals into the wild.

There are now thought to be hundreds of thousands of Burmese pythons in the Everglades, and state officials have been working to control their population for decades.

“Shoot the snake in the head with a firearm, being sure to use a safe but effective caliber and making sure that you destroy the snake’s brain.” – Florida Fish and Wildlife Conservation Commission

“We have finally, unhappily, sighted a Burmese python in the interior of the refuge,” Frank Mazzotti, a wildlife professor at the University of Florida, told the newspaper.

Invasive animal biologist Mike Kirkland also said pythons are known to be in the refuge. “Once you start seeing them, that is an indication that the population is expanding,” he told the Palm Beach Post. “The fact that we’ve had a few sightings recently leads me to believe there are more there.”

The U.S. Geological Survey (USGS) says the chances of eradicating the species from Florida entirely are “very low.” The species, it says, is spread over 1,000 square miles of the southern part of the state.

“Controlling their numbers and preventing their spread are critical goals for South Florida land managers,” it says.

In 2017, the South Florida Water Management District Governing Board introduced “aggressive action” to exterminate pythons from the Everglades by incentivizing members of the public to kill these snakes.