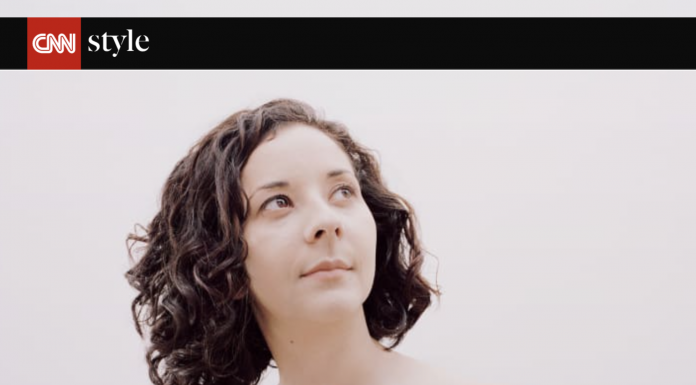 CNN – In the portrait series “Reclaim,” women in diffuse pink lighting reveal delicately tattooed designs inked across their chests, unfurling over scar tissue in explosions of color or in black and gray.

Nude, with nothing else in the frame, the women embody a sense of openness.

The series, a collaboration between British photographer Kate Peters and art director Gem Fletcher, which began in 2018, illustrates the beauty of mastectomy tattoos, a practice that offers breast cancer survivors the opportunity to transform their skin after they’ve healed from their surgeries.

It’s a way to find new confidence, to take control of one’s body after what can be a traumatic experience and, as medical journal JAMA has published, a way to promote psychological healing.

“All my tattoos do mark different milestones in my life,” Elaine told Peters. “Every one is for something. My half sleeve is the story of my family: representing my children, the children we lost, my husband. (I have a) daffodil because I’m from Wales and a shamrock because my husband is from Ireland.”

One of the women in “Reclaim” is Kerry, who was diagnosed with cancer three days before her 40th birthday. She opted for a total mastectomy of her left breast, but declined plastic surgery to reconstruct it after.

Ahead of each shoot, Peters and Fletcher interviewed the women about their experiences. “None of the methods for reconstruction that the medical team could offer me were suitable for me, my physique, my lifestyle and the sports I played,” Kerry told them.

“It left me with a feeling of being incomplete and I found that really upsetting. You sort of get chewed up, spat out and off you go on your own.”

Two years later, when Kerry discovered mastectomy tattoos, she felt she finally had an option that suited her …

MEDSCAPE – In the United States, cryoablation or freezing tissue to death is a primary treatment option for a variety of cancers, including those originating in or spread to the bone, cervix, eye, kidney, liver, lung, pancreas, and prostate.

Cryoablation for prostate cancer, one of the most common cancers in men, was first approved in the 1990s.

But unlike in Europe, this nonsurgical approach is not approved for breast cancer in the US, one of the most common cancers in women.

So why is this approach still experimental for breast cancer?

“It’s very interesting how slow the FDA is in approving devices for breast cancer [when compared with] other cancers,” he said.

Perhaps new clinical data will eventually lead to approval of this laparoscopic technique for use in low-risk breast cancer. However, the related trial had a controversial design that might discourage uptake by practitioners if it is approved, commented an expert not involved in the study.

Nevertheless, the new data show that cryoablation can be an effective treatment for small, low-risk, early-stage breast cancers in older patients.

The findings come from ICE-3, a multicenter single-arm study of cryoablation in 194 such patients with mean follow-up of roughly 3 years.