AT LAST: 1 Good Thing About Covid-19, And It Could Save Lives 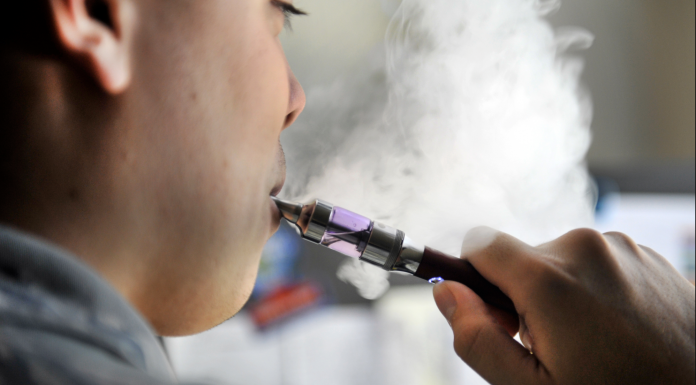 VAPING: NOT Cool, NOT Smart, NOT Safe |

CNN – In a letter to the US Food and Drug Administration, lawmakers are urging the agency to temporarily clear the market of all e-cigarettes for the duration of the coronavirus crisis.

The letter, sent to FDA commissioner Dr. Stephen Hahn on Tuesday, makes this call based on emerging research that suggests vaping or using e-cigarettes can come with an increased risk of being diagnosed with Covid-19 and suffering symptoms.

Rep. Raja Krishnamoorthi (D-IL), chairman of the House Committee on Oversight and Reform’s Subcommittee on Economic and Consumer Policy, who sent the letter on behalf of the subcommittee, wrote:

“This is true in vapers as young as 13, which is particularly concerning, given that young people are increasingly driving the spread of COVID-19, threatening the health and safety of Americans of all ages.”

In the letter, the subcommittee asks for Hahn to confirm by August 18 — in one week — whether or not the FDA will temporarily clear the market of all e-cigarettes.

Considering that the world still doesn’t know much about the novel coronavirus that causes Covid-19 — and that the vaping trend emerged just recently — not much is known about how the two may affect each other or be associated.

But some new studies have started to explore possible connections, specifically around how vapers might have a more difficult time fighting off a coronavirus infection and could possibly be more susceptible to the illness.

Being diagnosed with Covid-19 was five times more likely among young people who have used e-cigarettes ever, according to a new study that is referenced in Krishnamoorthi’s letter.

The study, based on an online survey, also found that young people who have a history of using both e-cigarettes and traditional cigarettes were seven times more likely to be diagnosed with Covid-19 compared with those who have never used either product.

“We thought that we’d see some relationship. We did not expect to see a five to seven times more likely relationship. That’s huge … ” Read more.

1: Vaping Is Less Harmful Than Smoking, but It’s Still Not Safe

E-cigarettes heat nicotine (extracted from tobacco), flavorings and other chemicals to create an aerosol that you inhale. There has been an outbreak of lung injuries and deaths associated with vaping.

As of Jan. 21, 2020, the Centers for Disease Control and Prevention (CDC) confirmed 60 deaths in patients with e-cigarette, or vaping, product use associated lung injury (EVALI).

These cases appear to predominantly affect people who modify their vaping devices or use black market modified e-liquids.

This is especially true for vaping products containing tetrahydrocannabinol (THC). The CDC has identified vitamin E acetate as a chemical of concern among people with EVALI.

Vitamin E acetate is a thickening agent often used in THC vaping products, and it was found in all lung fluid samples of EVALI patients examined by the CDC.

2: Research Suggests Vaping Is Bad for Your Heart and Lungs

Nicotine is the primary agent in both regular cigarettes and e-cigarettes, and it is highly addictive. Nicotine is a toxic substance.

It raises your blood pressure and spikes your adrenaline, which increases your heart rate and the likelihood of having a heart attack.

3: Electronic Cigarettes Are Just As Addictive As Traditional Ones

Both e-cigarettes and regular cigarettes contain nicotine, which research suggests may be as addictive as heroin and cocaine.

Many e-cigarette users get even more nicotine than they would from a tobacco product — you can buy extra-strength cartridges, which have a higher concentration of nicotine, or you can increase the e-cigarette’s voltage to get a greater hit of the substance.

A recent study found that most people who intended to use e-cigarettes to kick the nicotine habit ended up continuing to smoke both traditional and e-cigarettes.

5: A New Generation Is Getting Hooked on Nicotine

Among youth, e-cigarettes are more popular than any traditional tobacco product.

In 2015, the U.S. surgeon general reported that e-cigarette use among high school students had increased by 900%, and 40% of young e-cigarette users had never smoked regular tobacco. Read more.