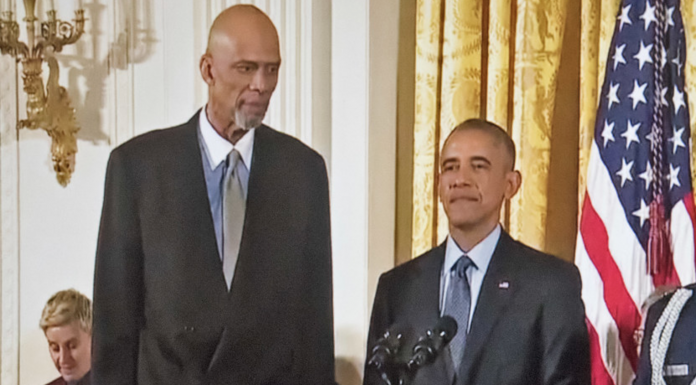 CNN – In a powerful op-ed for the Los Angeles Times on Saturday, NBA Hall of Famer Kareem Abdul-Jabbar defended the protests sparked by the death of George Floyd, writing that while he doesn’t want to see stores looted or buildings burned, black Americans have been pushed to their tipping point.

“African Americans have been living in a burning building for many years, choking on the smoke as the flames burn closer and closer. Racism in America is like dust in the air. It seems invisible — even if you’re choking on it — until you let the sun in. Then you see it’s everywhere,” Abdul-Jabbar wrote.

Those who criticize the looting and fires, saying that those actions are hurting the protesters’ cause aren’t wrong, but they’re not right, either, the former Lakers star said.

“So, maybe the black community’s main concern right now isn’t whether protesters are standing three or six feet apart or whether a few desperate souls steal some T-shirts or even set a police station on fire, but whether their sons, husbands, brothers and fathers will be murdered by cops or wannabe cops just for going on a walk, a jog, a drive. Or whether being black means sheltering at home for the rest of their lives because the racism virus infecting the country is more deadly than COVID-19,” he wrote … Read more.