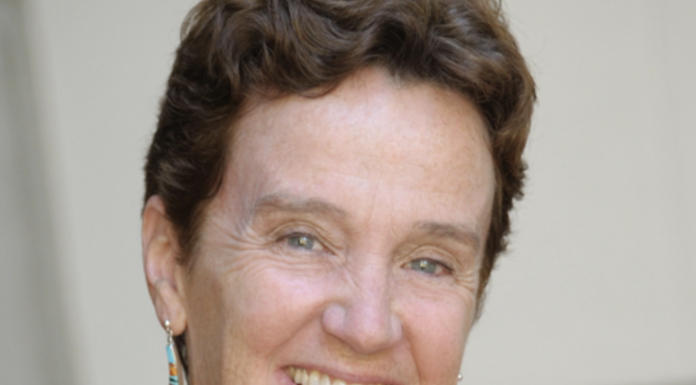 Dr. Christine Grady -- aka Mrs. Anthony Fauci -- celebrated her 69th birthday on Sunday. In a 2020, she granted an interview to ELLE magazine in which she complained of 'unwanted attention' due to her husband's notoriety.

It didn’t take long for the American public to lionize [or seemingly as often, to villainize – HH] the soft-spoken infectious disease expert.

His bespectacled face was meme-ified and printed on coffee mugs, masks, and prayer candles. He inspired love songs and appeared on late-night talk shows.

The New Yorker dubbed him “America’s Doctor,” and Brad Pitt played him on SNL.

In a moment when everything seemed to be spinning out of control, Fauci’s televised plain talk united people desperate for the facts and for a trustworthy figurehead.

But Grady—who has three grown daughters with Fauci—describes his sudden rise to fame as a “mixed bag” for their family.

“I mean, I think it’s great that he’s able to communicate with people in ways that make things clearer and that make people feel supported and calmer,” she tells ELLE.com via phone.

“He’s working an unbelievable amount of hours and not taking many breaks for himself. I do think it’s resulted in what I would call unwanted attention on me and my children. That’s the unfortunate side.”

Grady stopped watching her husband’s televised press briefings months ago—“too political for me,” she says—and instead turned her attention to her own frontline work.

As the National Institutes of Health Bioethics Department Chief, Grady’s job is more “conceptual and empirical,” she says.

She identifies, researches, and writes about ethical issues concerning COVID-19 vaccines, resource allocation, and the safety of healthcare workers during the pandemic.

Grady began her career at the NIH Clinical Center as a clinical nurse specialist in the immunology and infections disease area, before serving as a deputy director for the bioethics department.

She was made chief in 2012, leading investigations into recruitments for scientific studies, incentives, vulnerability, and consents.