What It’s Like To Be A Pro Python Hunter 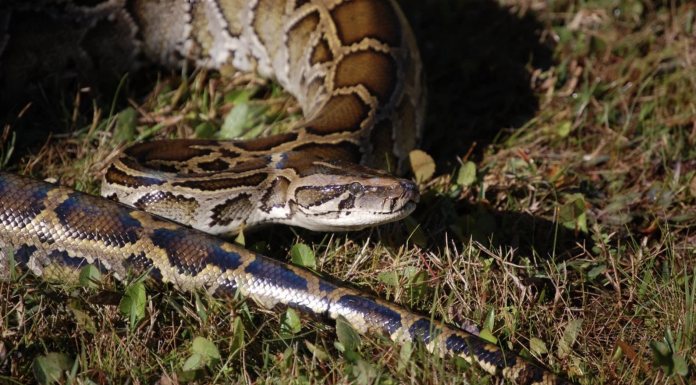 Outside Online – Night had fallen over the Everglades, but Donna Kalil kept driving.

She leaned out the window of her Ford Expedition as it followed the rutted levee road and peered across the saw grass as far as the stark glare of her floodlights would reach. Kalil was determined to catch a Burmese python.

It was Saturday, January 11, the second night of Florida’s Python Bowl, a ten-day state-sponsored hunting competition designed to raise awareness of the invasive species eating its way through the Everglades’ fragile ecosystem.

The first Python Challenge, as the event used to be called, was held in 2013, and it brought in just 68 snakes.

This year’s contest will ultimately net a total of 80. So far, Kalil, 57, a python elimination specialist for the South Florida Water Management District, had only caught one. Her pride as a professional python hunter was on the line.

Kalil scanned the grass more desperately, begging the darkness to give up the telltale shimmer of scales. She took her foot off the brake, and the truck sped up.

She listened for the spotters who stood on the python perch, a platform atop Kalil’s SUV equipped with floodlights and padded handrails that hunters can hold on to as they search for hints of their prey.

All she heard from above was weary silence. The chirp and click of the glades’ night chorus rose up to fill the void.

It was after 7 P.M. and time to head in. Kalil turned around and started for the main road. But a minute away from their exit, her daughter, Deanna, 29, called out from the roof.

She wasn’t sure—you can never be sure in python hunting, until the snake is in your grasp—but she thought she saw something move in the water.

Kalil stopped the truck, and they shined high-powered flashlights over a canal … Read more.

ALSO ON HEADLINE HEALTH TODAY: 3 Early Signs Of Dementia | AstraZeneca Lands $1B For Yet-Unproven Vaccine | WHO Wants $200 Billion For Africa As Trump Pushes Off