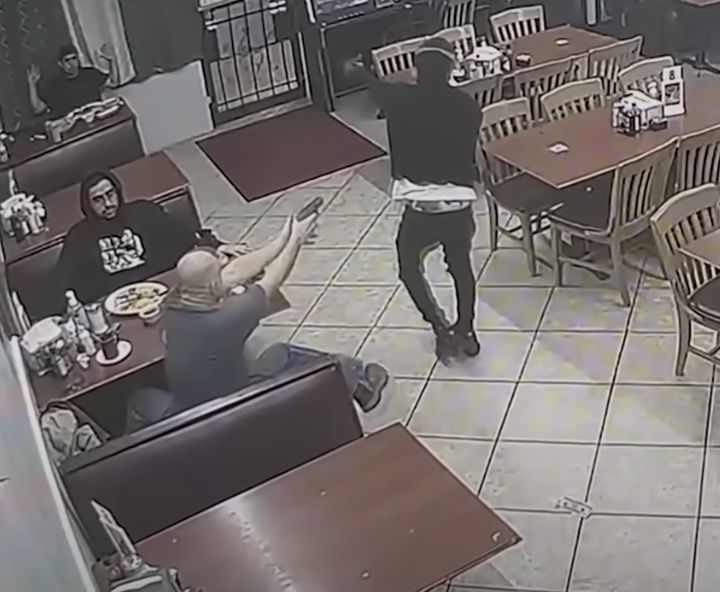 TAMPA FREE PRESS – Security footage captured the moment when a customer fatally shot an armed robber who pointed a gun at multiple customers inside a restaurant in southwest Houston, Texas, on Thursday night.

Houston police are asking for the public’s assistance in identifying a male wanted for questioning in the fatal shooting of a robbery suspect at 6873 South Gessner Road at about 11:30 p.m. on Thursday … READ MORE.

HOUSTON – Houston Police will soon be able to question a man who shot and killed a robber inside a taco shop in southwest Houston late Thursday, police said.

Officers responded to reports of a shooting at the Ranchito #4 Taqueria in the 6900 block of South Gessner Road at around 11 p.m.

Lt. R. Willkens with HPD said a masked man with what was believed to be a “plastic gun” pointed it at customers who were eating inside the restaurant and demanded their wallets and money.

Surveillance video showed customers throwing cash to the floor as the robber walked to each customer one by one, waving what appeared to be a gun around.

When the robber walked past a man sitting in one of the booths, the video shows him get up from his seat, pull a gun, and shoot the robber several times.

The robber died at the scene … READ MORE.