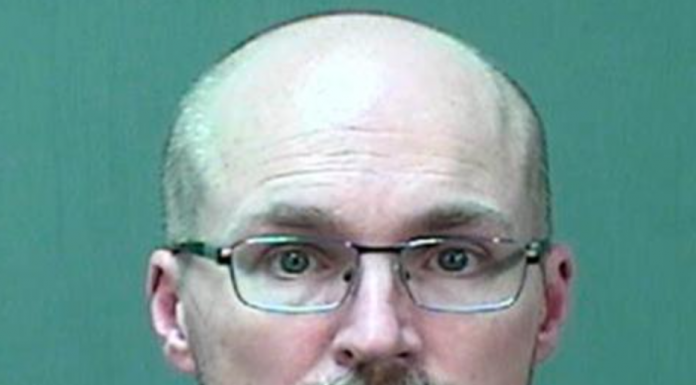 Vaccine skepticism is no defense for tampering

CNN – The Wisconsin pharmacist who tried tampering with vials of the Moderna Covid-19 vaccine because he believed it was not safe for people was sentenced to three years in federal prison Tuesday.

Steven Brandenburg, 46, pleaded guilty in February to two counts of attempting to tamper with consumer products with reckless disregard for the risk that another person would be placed in danger of death or bodily injury, according to a news release from the US Justice Department.

He stated he was skeptical of vaccines in general, specifically Moderna, and told his coworkers his beliefs about vaccines …

A Wisconsin man was sentenced today to three years in prison for tampering with COVID-19 vaccine doses at the hospital where he worked.

Steven R. Brandenburg, 46, of Grafton, pleaded guilty on Feb. 9, to two counts of attempting to tamper with consumer products with reckless disregard for the risk that another person would be placed in danger of death or bodily injury.

According to court documents, Brandenburg purposefully removed a box of COVID-19 vaccine vials manufactured by Moderna — which must be stored at specific cold temperatures to remain viable — from a hospital refrigeration unit during two successive overnight shifts in late December 2020.

According to his plea agreement, Brandenburg stated that he was skeptical of vaccines in general, and the Moderna vaccine specifically, and had communicated his beliefs about vaccines to his co-workers.

Brandenburg acknowledged that after leaving the vaccines out for several hours each night, he returned the vaccines to the refrigerator to be used in the hospital’s vaccine clinic the following day.

Before the full extent of Brandenburg’s conduct was discovered, 57 people received doses of the vaccine from these vials.

“The purposeful attempt to spoil vaccine doses during a national public health emergency is a serious crime,” said Acting Assistant Attorney General Brian M. Boynton of the Justice Department’s Civil Division. “The Department of Justice will continue working with its law enforcement partners to safeguard these life-saving vaccines.”

“Ensuring access to safe and effective COVID-19 vaccines is critical to the well-being of everyone in our communities,” said Acting U.S. Attorney Richard G. Frohling for the Eastern District of Wisconsin.

“The Department of Justice is committed to working with its federal, state, and local partners to hold individuals who seek to tamper with these vaccines fully accountable. Today’s sentence was the direct result of that shared commitment and the underlying hard work and collaborative efforts of all involved in the investigation and prosecution of Mr. Brandenburg.”

“The FDA has ensured that the Moderna COVID-19 vaccine meets the agency’s rigorous standards for safety, effectiveness, and manufacturing quality,” said Assistant Commissioner for Criminal Investigations Catherine A. Hermsen of the Food and Drug Administration (FDA).

“Those who knowingly tamper with this vaccine place American patients’ health at risk. Today’s announcement should serve as a reminder that this kind of illicit tampering activity will not be tolerated.”

“The FBI, together with our local law enforcement and private sector partners, are committed to upholding laws designed to protect our health care system from harm,” said Special Agent in Charge Robert Hughes of the FBI’s Milwaukee Field Office.

“By illegally tampering with these doses, Brandenburg threatened the health and safety of an entire community. Today’s sentencing sends a clear message to individuals who intentionally violate these laws that they will be vigorously prosecuted.”

In addition to the term of imprisonment, U.S. District Judge Brett Ludwig ordered Brandenburg to serve three years of supervised release and to pay approximately $83,800 in restitution to the hospital.

This matter was investigated by the FDA’s Office of Criminal Investigations, the Milwaukee Field Office of the FBI, and the Village of Grafton Police Department.