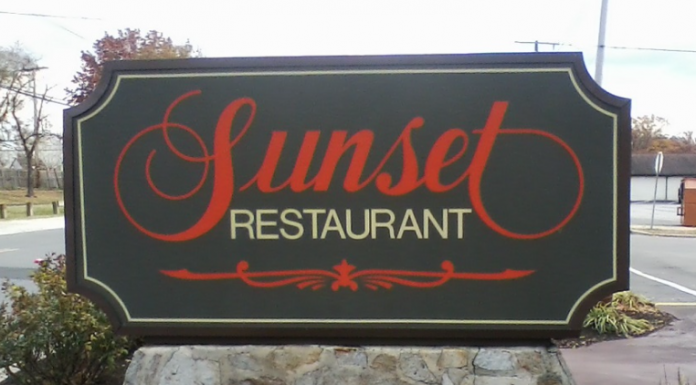 FOUNDATION FOR ECONOMIC EDUCATION – Mike Fratantuono grew up in a restaurant. Literally.

For decades, Sunset Restaurant in Glen Burnie, Maryland, was the family business. Over the years, he’d done seemingly every job imaginable: busboy, bartender, and butcher; prep cook and plumber; handyman and manager.

Fratantuono says that’s what made it so hard to watch the family’s legacy become a COVID casualty in 2020.

“It kills me. We were supposed to be getting ready to celebrate our 60th anniversary this year, and instead we’re packing up and closing at the end of this month,” Fratantuono told the Washington Post last year.

“I try not to get too sentimental about it, because it won’t change a damn thing, but sometimes the stress hits me and my heart starts going like crazy. I get frustrated. It makes me angry.”

Fratantuono is just one of the countless business owners across America who saw their dreams vanish before their eyes in the wake of government lockdowns that crushed their businesses.

Now, in the wake of the pandemic, states across the country are advancing legislation to curb the powers of public health departments following one of the most destructive and contentious years in American history.

In May, the Network for Public Health Law published a report showing that in recent months no fewer than 15 state legislatures have passed or are considering passing measures that would restrict the legal authority of public health departments.

Among the provisions passed or considered are the following:

● Banning the use of quarantines for people who have not been shown to be sick;

● Preventing state hospitals and universities from requiring vaccinations for employees and students;

Earlier this year, for example, North Dakota passed legislation making it unlawful for state officials to force citizens to wear masks—just one of a growing number of states to place restrictions on mask orders. In March, Kansas’s legislature passed legislation that removes the governor’s ability to shut down businesses during a public health emergency.

Meanwhile, more than 40 states passed legislation that made it unlawful for health departments to mandate COVID-19 vaccination.

A Serious Threat to Life?

“Legislation to stop expert public health agencies from leading the response to health emergencies creates unforeseen, serious risks to life and health,” the report states. “These laws could make it harder to advance health equity during a pandemic that has disproportionately sickened and killed Black, Hispanic and Latino, and Indigenous Americans.”

Not mentioned in the report, however, are the unintended consequences of the actions taken by public health agencies across the country in 2020. The collateral damage of lockdowns included business closures, job losses, supply disruptions, mass protests, surging violence, increased mental health problems, unprecedented drug overdoses, and a collapse in cancer screenings.

Public health agencies, meanwhile, proved incapable of taming the coronavirus through the use of lockdowns. And these struggles were not confined to the United States.

“A new study by German scientists claims to have found evidence that lockdowns may have had little effect on controlling the coronavirus pandemic,” The Telegraph reported last week. “Statisticians at Munich University found ‘no direct connection’ between the German lockdown and falling infection rates in the country.”

The Lesson of Lockdowns

The devastating impact of lockdowns, combined with their failure to slow the spread of the virus, demonstrates why states are right to curb the powers of public health agencies.

If 2020 taught us anything, it’s the danger of unchecked executive power. Using emergency powers, governors and public health bureaucrats across the country took unilateral, sweeping, and indefinite measures that massively damaged livelihoods and infringed on the rights of millions of Americans.

People were fined and arrested for simply gathering privately or exercising outside, walking a pet, paddling a boat on the water (alone), or taking a child to the park—even though most transmissions took place in homes and the coronavirus is rarely transmitted outdoors.

Americans may disagree on the precise role public health departments should play in society today. But the pandemic reminded us why checks and balances on concentrated power are so important.

The American constitutional system was deliberately designed to avoid concentrated power because the Framers feared it above all else.

“The only maxim of a free government ought to be to trust no man living with power to endanger the public liberty,” wrote John Adams.

Ohio, for example, passed a law in March that limits the length of a public health emergency order to 90 days unless it’s extended by the legislature. The same month, lawmakers in Utah passed legislation allowing the state legislature to override state health agency orders during public health emergencies. Missouri, meanwhile, has proposed a law that limits lockdowns to 15 days, after which extensions must be approved by legislative bodies.

These reforms are not radical. They are both reasonable and sensible. They do not represent an attack on science—which tells us what is, not what we ought to do—but are prudent checks on power from lawmakers acting within their rightful province.

“It is necessary to curb the power of government,” the economist Ludwig von Mises noted in Human Action. “This is the task of all constitutions, bills of rights and laws. This is the meaning of all struggles which men have fought for liberty.”

The preservation of liberty, protected by separating and checking power, is the ideal on which the American system was founded. Following a year that saw Americans’ rights, dreams, and health trampled by central planners wielding vast power with little restraint and few checks, it’s a vision Americans are right to rekindle.

Just ask Mike Fratantuono and the millions of other Americans whose lives were derailed in 2020.