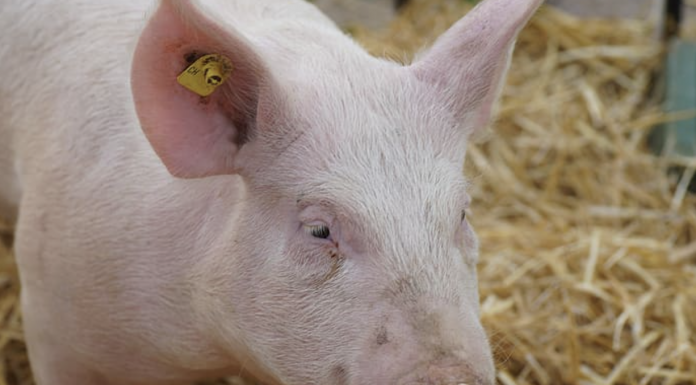 FOOD SAFETY NEWS – Since the current African Swine Fever (ASF) panzootic [a disease affecting animals of many species especially over a wide area] began in the Liaoning province of China in 2018, the United States and Canada have kept the pig virus out of North America.

But, in July, USDA’s Foreign Animal Disease Diagnosis Laboratory confirmed ASF in pigs from the Dominican Republic in the Caribbean region, only 700 miles from the United States.

There’s never been any finding of ASF in the United States or Canada, but its arrival in the Caribbean is a little too close for comfort. It’s spread around the world seems to involve making jumps to nearby countries.

By 2019 it spread from China to Southeast Asia including Cambodia, Laos, Thailand, and Vietnam. It has continued to spread ever since.

The World Organization for Animal Health (OIE) is now focused on the “urgent action needed to curb the spread of African Swine Fever in the Americas.”

The Dominican Republic outbreak marks the first time in almost 40 years that the disease, which is deadly to pigs, has had any presence in the Western Hemisphere.

OIE has called on the United States and Canada “to strengthen their surveillance efforts.

“While the Americas Region is no longer free of ASF, controlling the spread to new countries is still possible through proactive concrete and coordinated actions by all the regional stakeholders including the private as well as the public sectors,”

“Achieving this will be critical to protecting food security and livelihoods of some of the world’s most vulnerable populations from this devastating pig disease.”

There’s no vaccine or treatment for ASF, which spreads when pigs come into contact with infected pigs, pork, and pork by-products.

The USDA’s Animal and Plant Health Inspection Service (APHIS) is hosting African Swine Fever (ASF) Action Week from September 13-17 – encouraging U.S. swine producers to join multiple webinars to learn about ASF and what they can do to help protect the U.S. swineherd.

Agriculture Secretary Tom Vilsack also recorded a video echoing the importance of keeping this devastating disease out of the United States. Vilsack said:

“This disease does not affect people and it cannot be transmitted from pigs to humans, and it’s not a food safety issue,”. “However, ASF is incredibly destructive, and we need you to be informed.”

“ASF outbreaks have ravaged hog populations in parts of Europe and Asia, especially China, over the last three years, and the disease was recently detected in captive hogs in Germany and confirmed less than a thousand miles away from our shores in the Dominican Republic in July,”

“African swine fever has never been detected in the United States, and we are committed to keeping it out and protecting our vital swine industry.”

Every day the week of September 13-17, from 2 p.m. to 3 p.m. EDT, APHIS will host a webinar on a different ASF topic. These webinars will also be recorded. The webinars are set as follows: