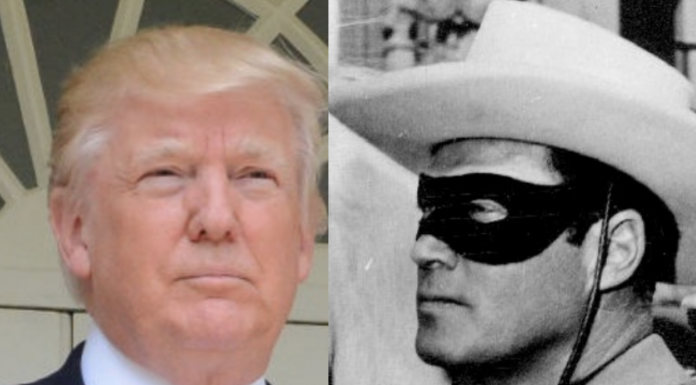 The Hill – President Trump on Wednesday endorsed mask-wearing in order to prevent the spread of the novel coronavirus, saying he is “all for masks” despite resisting wearing one in public himself.

“I’m all for masks. I think masks are good,” Trump told Fox Business in an interview, adding that he would wear a face covering if he were in a “tight situation” with other people.

Trump noted that he hasn’t had to wear a mask because people who come in contact with him are tested for the coronavirus.

Asked whether he would wear a mask publicly, Trump said he would have “no problem” with doing so.

“I mean, I’d have no problem. Actually, I had a mask on, I sort of liked the way I looked,” Trump said, adding that he thought he looked like the “Lone Ranger.”

Trump stopped short of calling for a mandatory mask policy, however, saying that in some areas of the country people stay a “very long distance” away from one another.

Trump’s remarks come after Republicans and his allies have publicly endorsed mask-wearing, with some urging him to wear a mask publicly in order to set an example for the American public.

The Centers for Disease Control and Prevention (CDC) recommends that individuals wear masks in public in order to prevent the spread of COVID-19, which has infected more than 2.6 million Americans and caused over 127,000 domestic deaths.

Senate Majority Leader Mitch McConnell (R-Ky.) offered a strong endorsement of masks earlier this week on the Senate floor, saying there must be no “stigma” attached to wearing one … Read more.

11 Coronavirus Signs You Should Not Ignore