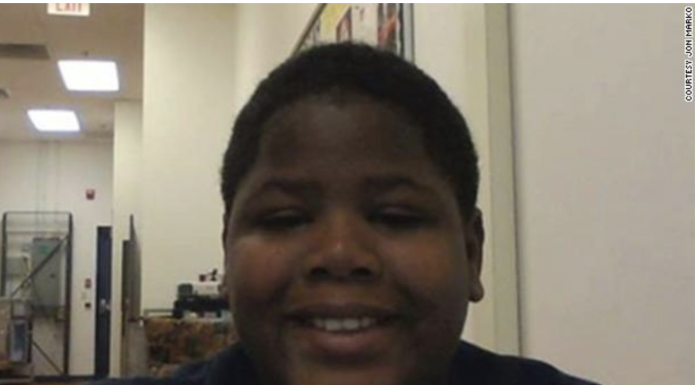 CNN – A 16-year-old Michigan boy went into cardiac arrest and died after several staff members of the residential treatment facility he stayed at restrained him, according to a lawsuit filed Monday.

Cornelius Fredericks was staying at Lakeside Academy, a residential treatment facility in Kalamazoo, Michigan, intended for young adults ages 12 to 18 placed through the foster care system or by their parents to receive behavioral health services.

On April 29, Fredericks allegedly threw part of a sandwich at another resident and Lakeside staff used an “improper restraint” on him, which resulted in him going into cardiac arrest, according to the lawsuit.

Two days later on May 1, Fredericks died, the lawsuit states.

In the fight against COVID-19, Pfizer is leaving no stone unturned. Each day, scores of scientists and other team members are putting their passion and know-how to work.

After Fredericks’s death, Michigan Department of Health and Human Services (MDHHS) launched an investigation into the facility.

In the full report provided to CNN, officials said that staff initiated restraint that was “significantly disproportionate” to Fredericks’s behavior, and the facility did not follow its own restraint policy.

MDHHS has since terminated all contracts with Lakeside and has begun the legal process to revoke its license, according to a press release from the agency.

At the time of the investigation, MDHHS found “10 licensing violations, including a failure to follow rules related to resident restraint and discipline,” the press release said.

In a statement to CNN, Sequel Youth & Family Services, the owner of Lakeside Academy, said it is “making the necessary changes to ensure something like this never happens again.”

“We are deeply saddened by the tragic loss of Cornelius and acted quickly to terminate all staff involved … ” Read more.