The Strange History of Vaccines – And Why People Fear Them 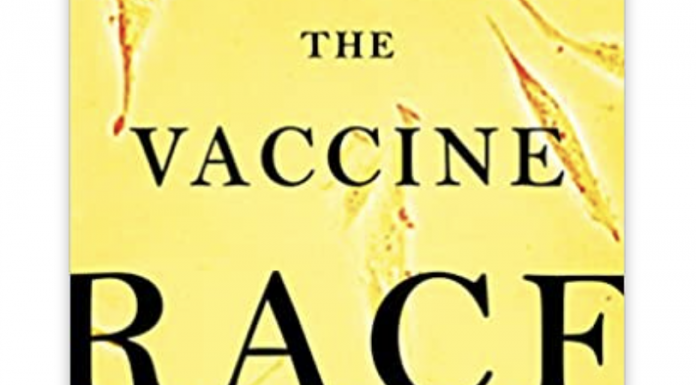 The story of these life-saving shots includes aborted fetuses, snatched cells, and a discredited theory that refuses to die.

Published in 2017, this story is worth a fresh look as many people continue to express concerns about Covid-19 vaccines.

Today, thanks to vaccines, most of these diseases have been eradicated. Yet people in different corners of the world are rejecting vaccines.

In the United States, more and more parents are refusing to have their children vaccinated because they believe a debunked theory that vaccines cause autism.

Meanwhile, in Pakistan and Afghanistan, health workers are regularly targeted because vaccines are thought to be a Western plot to make Muslims infertile.

In The Vaccine Race: Science, Politics and the Human Costs of Defeating Disease, Meredith Wadman investigates the ground-breaking science that led to some of the most important vaccines—and the ethical and institutional battles that were fought over them.

Speaking from her home in Arlington, Virginia, she explains why scientists now agree there is no link between vaccines and autism, how prisoners were used as human guinea pigs to test vaccines, and how the cells from one Swedish woman, known as Mrs. X, were—and still are—used to create many of the world’s vaccines.

According to Robert Kennedy Jr., Donald Trump asked him to chair a commission on vaccines. Kennedy has been described as a “vaccine conspiracy theorist.” Is there any scientific merit to his views? …

The notion that childhood vaccines cause autism has been looked at from all angles and found to be without foundation.

The unfortunate fact is that autism happens to set in at about the same age that children are receiving childhood vaccines, in the one-to-two age ranges.

[Add to this another unfortunate fact, that a positive diagnosis of autism results in the flow of substantial funding to those responsible for making or obtaining a diagnosis, namely public schools and the psychologists they employ. – HH]

Of course parents are going to say, My child was vaccinated and then got autism …