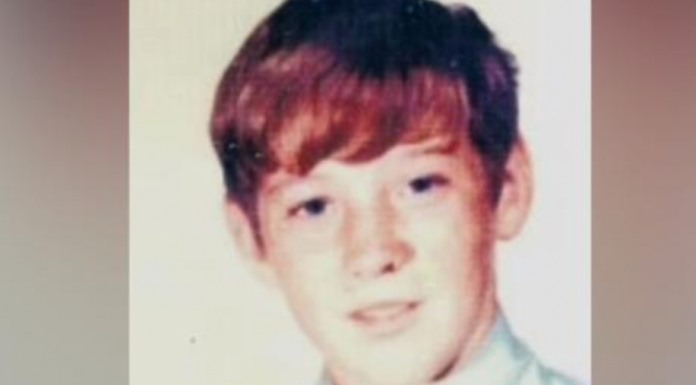 Hampden District Attorney Anthony D. Gulluni said Monday that Danny Croteau, 13, was killed by a Catholic priest in April of 1972.

(CNN) Nearly 50 years after a Massachusetts teenager was murdered, officials announced Monday that a Catholic priest close to the family was responsible for the crime.

On Friday, officials were obtaining an arrest warrant for Richard R. Lavigne, but he died that evening in the hospital, Hampden District Attorney Anthony Gulluni’s office said in a statement Monday.

Lavigne had some physical ailments, Gulluni said at a news conference, and had not been well for a period of time.

Daniel Croteau, 13, was found dead in the Connecticut River in Chicopee, Massachusetts, on April 15, 1972, wearing the clothes he’d worn to the local Catholic school a day earlier, the DA’s office said.

Daniel and his four brothers served as altar boys for Lavigne at Saint Catherine of Sienna in Springfield, the DA’s office said.

The priest also took Croteau and his brothers on outings without their parents multiple times and the priest had invited Daniel and his brothers to stay at his parents’ home in Chicopee a few times as well, Gulluni said.

Lavigne was defrocked by the Catholic Church in 2004 because it had received numerous sexual complaints against him, according to Mark Dupont, spokesman for the Diocese of Springfield.

“Danny’s parents, Carl and Bernice, told reporters that they just wanted answers. Based on the accumulation of historical evidence, the evidence gained in the last year, and the admissions of Richard Lavigne, I believe we now have those answers,” Gulluni said in a statement.

“While formal justice may not have befallen Richard Lavigne here on this earth, we hope now to provide answers and some measure of closure to Danny’s family,” he added.

In March of 2020, Gulluni’s office turned fresh attention to the murder of Croteau, working with the Massachusetts State Police Detective and Unresolved Cases units.

Investigators combed through thousands of documents, decades of evidence, and also zeroed in on a letter that Lavigne told investigators that he’d received in 2004 from the teen’s murderer admitting guilt… Click here to read more.