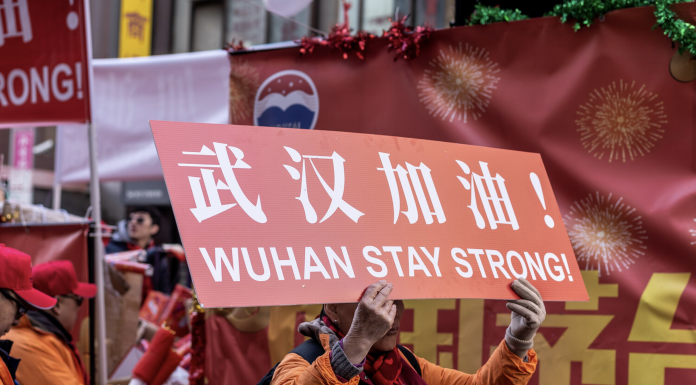 An authoritarian regime doesn’t want to admit its people played a part in unleashing a global pandemic we call COVID-19. We all knew it.

Well, some of us knew it.

And we’re going to believe Beijing on this? No. Well, I can’t say that either. The anti-Trump deep state and the liberal media all nodded at the propaganda the Chinese peddled over COVID’s origins.

Now, with Trump gone, the experts suddenly think there’s more to this story. The intelligence community, who said there was nothing to this story, has been exposed once again for their political bias. This cannot be ruled out; even Dr. Fauci admits that.

The Centers for Disease Control and Prevention (CDC) also admits that this pandemic could have been leaked from a lab. And now we have this story about three Wuhan lab technicians who got sick in November 2019 (via WSJ):

Three researchers from China’s Wuhan Institute of Virology became sick enough in November 2019 that they sought hospital care, according to a previously undisclosed U.S. intelligence report that could add weight to growing calls for a fuller probe of whether the Covid-19 virus may have escaped from the laboratory. […]

The disclosure of the number of researchers, the timing of their illnesses and their hospital visits come on the eve of a meeting of the World Health Organization’s decision-making body, which is expected to discuss the next phase of an investigation into Covid-19’s origins.

Current and former officials familiar with the intelligence about the lab researchers expressed differing views about the strength of the supporting evidence for the assessment.

One person said that it was provided by an international partner and was potentially significant but still in need of further investigation and additional corroboration … Click here to read more.