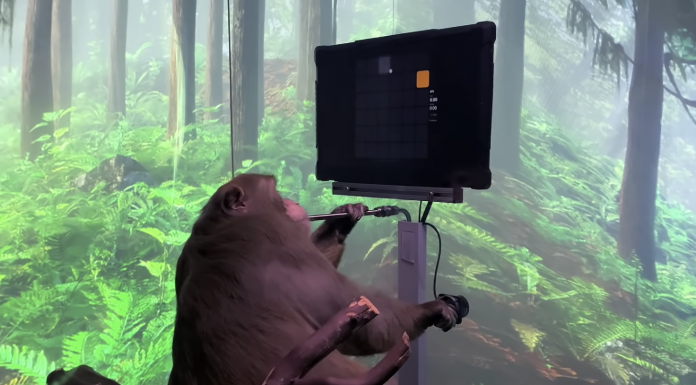 It may sound nefarious on the surface, but Musk’s plan is to develop the chip called Neuralink to help people with neurological conditions like Alzheimer’s, dementia and spinal cord injuries, Reuters reported.

Dubai-based venture capital firm Vy Capital and Alphabet Inc.’s Google Ventures contributed to the funding needed to get the startup off the ground.

Neuralink has been seen to work in primates. In April, the company released a video of a macaque playing a videogame after having the chips implanted in its brain, Reuters reported. It was also tested on pigs, CNBC reported.

Musk then tweeted, saying “First @Neuralink product will enable someone with paralysis to use a smartphone with their mind faster than someone using thumbs … ” READ MORE.

RFID INSIDE: The murky ethics of implanted chips

Sound farfetched? Today, yes. A decade from now, maybe not.

With the proliferation of radio-frequency identification technology and the recent, but increasing, use of implantable RFID chips in humans, we may already be on a path that would make such an ad commonplace in a 2017 issue of IEEE Spectrum.

The benefits would be undeniable—an implantable RFID chip, which is durable and about the size of a grain of rice, can hold or link to information about the identity, physiological characteristics, health, nationality, and security clearances of the person it’s embedded in.

The proximity of your hand could start your car or unlock your front door or let an emergency room physician know you are a diabetic even if you are unconscious. Once implanted, the chip and the information it contains are always with you—you’d never lose your keys again.

But there is a darker side, namely the erosion of our privacy and our right to bodily integrity. After all, do you really want to be required to have a foreign object implanted in your arm just to get or keep a job? And once you have it, do you really want your employer to know whenever you leave the office? And do you want every RFID reader–equipped supermarket checkout counter to note your presence and your purchases?

Until a couple of years ago, chipping humans was largely the domain of cybernetics provocateurs like Kevin Warwick or hobbyists like Amal Graafstra . Then, in 2004, the U.S. Food and Drug Administration, which regulates medical devices in the United States, approved an RFID tag for implantation in humans as a means of accessing a person’s health records.

This tag, called VeriChip, is a short-range transponder that relies on the signal from a reader unit for its power supply … READ MORE.